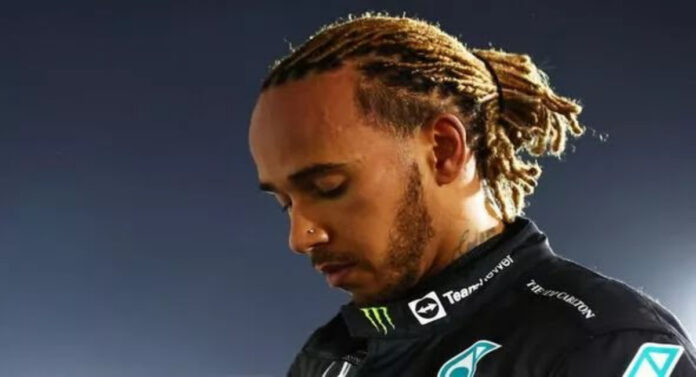 Lewis Hamilton will have to perform something akin to a miracle this weekend if he is to avoid an impressive ongoing record in Australia to come to an end. In any other year the Briton would have been one of the favourites to win in Melbourne, but Mercedes’ struggles mean he is not expected to have a realistic chance of much success at the Albert Park Circuit this year. Up until this year, Mercedes had been untouchable since the start of the hybrid era in 2014. The Silver Arrows have won the Constructors’ Championship in every year since.

Hamilton has been the main man in that period, winning the drivers’ title in six out of the eight years. His dominance across the entire calendar is, in particular, reflected in a unique statistic from his efforts Down Under during those years. Despite eight seasons having come and gone since F1 made the switch to hybrid cars, no man other than Hamilton has qualified on pole at Albert Park. The Briton has gone fastest in qualifying every single year there has been a race in Melbourne. The Australian Grand Prix returns to F1 for the first time in three years this weekend. Due to particularly strong anti-Covid measures in the state of Victoria, the race that had become the traditional season-opener disappeared from the calendar altogether in 2020 and 2021.

It is back now, though, meaning Hamilton has the task of defending that record. But it is expected to be a difficult one for him, considering Mercedes are lacking in early-season pace and look to be no match for the likes of Ferrari and Red Bull right now. Hamilton has begun the Australian Grand Prix in pole position in every season between 2014 and 2019, but 2022 looks likely to be the year that run comes to an end. Only a truly outstanding lap from the man who failed to make it out of Q1 last time out will give him any chance of setting the fastest time on Saturday.

Despite mastering the craft of putting together a pole-setting lap at the Albert Park Circuit, he never quite managed to regularly convert those front-row starts into wins. Only in 2015 did Hamilton stand on the top step of the podium in Australia. That came a year after an engine failure ended his 2014 race after only two laps. His Mercedes team-mate Nico Rosberg won the race in his absence that year, and did so again in 2016 on the way to beating the Briton to the title. Sebastian Vettel finished top of the pile in Melbourne in 2017 and repeated the trick in his Ferrari the following year.

And in the most recent edition of the Australian Grand Prix, it was Hamilton’s now former team-mate Valtteri Bottas who overtook him at the first corner and went on to win by 20 seconds.