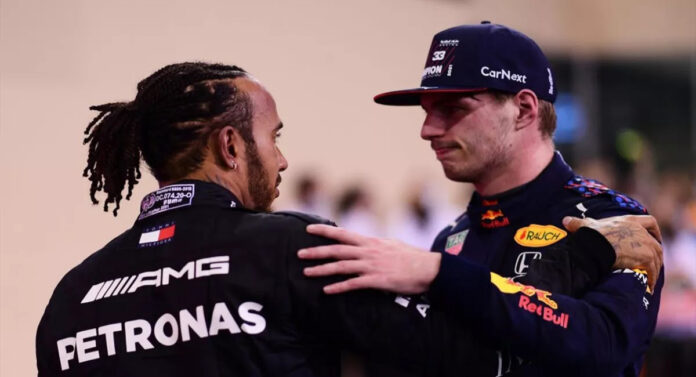 McLaren’s Daniel Ricciardo admits he felt sympathy for Lewis Hamilton in the aftermath of last season’s Formula 1 title-decider at the Abu Dhabi Grand Prix. Hamilton was leading the season finale heading into the final laps, but race director Michael Masi’s decision to allow cars between the Mercedes driver and fellow title contender Max Verstappen to un-lap themselves under a late safety car allowed the Dutchman to pass his rival on fresher tyres to seal a sensational, albeit controversial, title triumph.

Masi’s actions caused Mercedes team principal Toto Wolff to fume over team radio as the last-lap drama unfolded, with the German saying: ‘No Michael, this is not right’.” Masi left his role following an FIA investigation, which found that ‘human error’ was to blame but added that Verstappen’s title win would remain ‘valid’. For Ricciardo, who himself finished eighth in the 2021 drivers’ standings, the dramatic scenes at Yas Marina Circuit brought back memories of the 2008 season, when Lewis Hamilton’s overtake on Timo Glock at the Brazilian Grand Prix saw him steal the world title from home favourite Felipe Massa.

“At the time, I couldn’t believe what happened,” he told 10 Sport ahead of this weekend’s Australian Grand Prix. “I remember 2008 when the championship ended on the final lap and I was like ‘that will never happen again’. “And I was seeing it happen in front of me and I was just like ‘oh my god’. I felt for Lewis because no safety car or whatever and he’s probably just having a comfortable win. “I put myself probably more in his shoes that night and was just like ‘oh, that hurts’.”

Despite the controversial circumstances following Verstappen’s title triumph, Ricciardo admits he was pleased to see F1’s governing body make changes in the wake of the 2021 title-decider. “It’s hard because probably with hindsight, you’d say ‘yes we red flag the race, everyone can put on whatever tyres they want and we do a standing start for the last five laps or whatever,” he said.

“It was what it was. Whether it was a wrong decision, a bad decision, a good, a right, whatever, I think it kind of highlighted that probably the issue wasn’t necessarily Michael [Masi]. It’s the broader picture. “A person in his opposition not having enough support and then too much interference. That I didn’t like. “Watching Saudi, the race before that, all this arguing during a race. It also doesn’t look professional. It all got a little bit messy.” He added: “It sounds like we’re definitely going forward and trying to learn from things that weren’t executed well.”