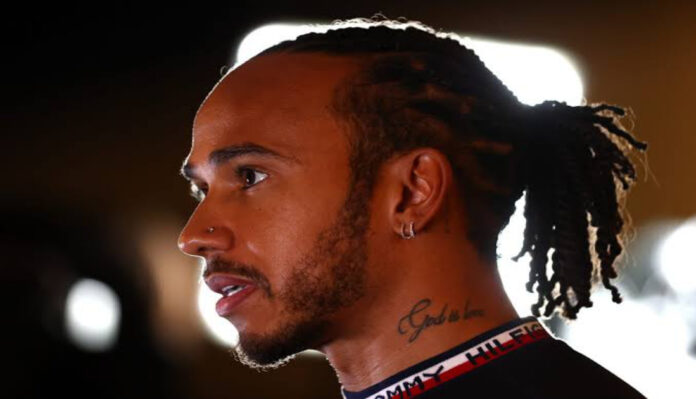 Lewis Hamilton remains on a collision course with Formula One bosses after joking he would need to chop off his right ear to comply with their jewellery clampdown. The prohibition of jewellery in Grand Prix racing has been in place since 2004 but has always been largely ignored by drivers and by officials. But new race director Niels Wittich has decided the rule must now be prioritised and told that to Hamilton and his rivals in a meeting ahead of the Melbourne race, which was won by Ferrari’s Charles Leclerc.

The clause in the F1 rulebook states that “the wearing of jewellery in the form of body piercing or metal neck-chains is prohibited during the competition and may therefore be checked before the start.” Wittich has, reportedly, given the drivers a period of grace to comply but would then be ready to enforce the FIA law. However, Hamilton has no intention of falling into line with the directive. And, in theory, that would mean him risking a big fine or even a points deduction. But, after finishing fourth behind Leclerc, Sergio Perez and team-mate George Russell in Australia, Hamilton was clearly determined to stand his ground on the slightly unusual issue.

He said: “I don’t have any plans on removing. I feel there are personal things and you should be able to be who you are. And I will continue to do that.” And, anyway, the seven-times world champion reckons it would be almost impossible for him to remove all his jewellery. He explained: “And there is stuff that I can’t move. I literally can’t take these ones out (pointing to his right ear). “These ones on my right ear are literally welded in so I’d have to get them chopped off or something like that! So they will be staying.”

The unlikely row over jewellery looks set to rumble on as the F1 circus heads to Imola in a fortnight’s time where Hamilton will be hoping for an improvement, even though he finished higher than expected in Melbourne.

It could have been better but Russell luckily leapfrogged his team-mate under a safety car take his first podium for Mercedes. Meanwhile, world champion Max Verstappen had another miserable day as his Red Bull gave up the ghost with 19 laps to go, meaning he has failed to finish two of the opening three races of the season.