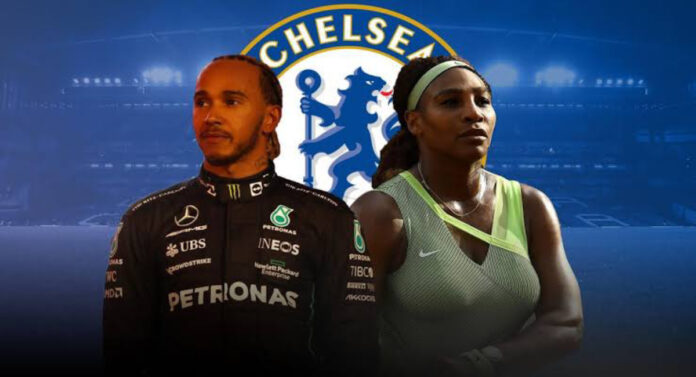 Lewis Hamilton has confirmed that he has joined Martin Broughton’s bid to buy Premier League club Chelsea despite claims that he supports London rivals Arsenal. Hamilton and tennis star Serena Williams were reported on Thursday as having committed £10million each to Broughton’s consortium.

Former Liverpool chairman Broughton is one of the high-profile bidders to take over Chelsea from Roman Abramovich, whose control of the club has been frozen following sanctions imposed by the government. Hamilton and Williams were reported as members of the consortium on Thursday.

Hamilton, who will race for Mercedes at the Emilia Romagna Grand Prix on Sunday, and 23-times Grand Slam champion Williams’ involvements were unexpected. The 37-year-old Formula One driver has been pictured in Arsenal shirts and is believed to have a tattoo dedicated to the Gunners. But the seven-times world champion has confirmed his interest in investing in Chelsea. He also discussed attending matches involving the Blues and Arsenal, and playing football through his formative years.

“I’ve been a football fan since I was a kid, I played from the age of four to 17 in teams every year,” Hamilton said. “I played every year through childhood and I’ve been to numerous games. When I was young, I used to play football as a kid around the corner and I really wanted to fit in. I was the only kid of colour there.

“All the kids supported someone different and I remember switching between these teams and when I’d get home my sister would basically beat me, saying you have to support Arsenal. “At five, six years old I supported Arsenal but my uncle Terry is a big Blues fan, so I’ve been to so many games with him to watch Chelsea and Arsenal play. Ultimately, I’m a sporting fan – it’s the biggest sport in the world and Chelsea are one of the biggest clubs in the world and most successful. “When I heard about this I thought, ‘Wow’. This is one of the greatest opportunities to be a part of, so great.”

The Raine Group, the bank overseeing the takeover, are expected to name their preferred bidder by the end of April. Former olympian and MP Seb Coe is also a member of Broughton’s consortium.

Groups led by Todd Boehly and Stephen Pagliuca, respectively, are also battling for control of the European champions. However, the Ricketts family last week withdrew their bid due to displeasure from supporters over previous islamophobic comments made by Joe Ricketts.