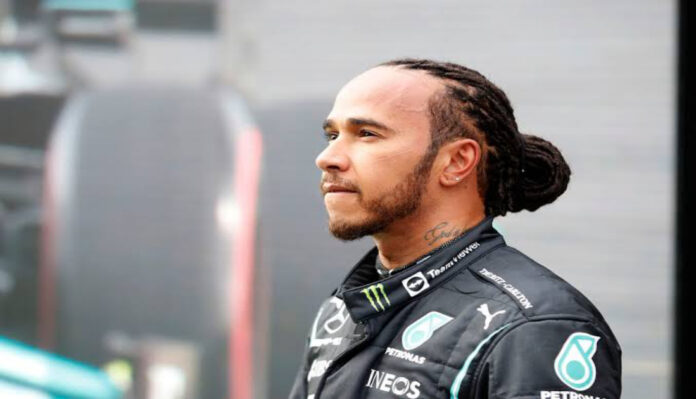 ​​​​​​After starting the 21-lap race in 13th at Imola, the seven-time world champion dropped two places in a dramatic opening lap and was only able to regain one to climb to 14th before the chequered flag was waved. Things were not much better for his team-mate, George Russell, who failed to improve on his 11th-place starting position, meaning the Mercedes pair must start way back from the front and second row which Ferrari and Red Bull have locked out, after Max Verstappen passed Charles Leclerc late in the Sprint to secure pole position for Sunday’s race.

Saturday’s performance was merely a continuation of the disappointing form the eight-time reigning constructors’ champions have shown to start the season, with their severe ‘porpoising’ issues on the W13 leaving them unable to compete at the front of the grid. “A lot of work is going on in the background and it is what it is, this is what we have,” Hamilton said. “We haven’t got it right this year but everyone is working as hard as they can to correct it.

“This is the situation that we are faced with and we are obviously not fighting for the Championship but we are fighting to understand this car and improve and progress through the year. That is all we can hope for right now.” Hamilton, who on Friday said that every weekend this season has been a “rescue job” for Mercedes, insists the team have the experience to overcome their problems. He added: “The team have been through many, many bad years because most of the people I have been working with have been here for more than 20 years. “It wasn’t the greatest of years in 2013 but we have had great years since then and we stick together and try to motivate everyone.”

Although not as despondent as Hamilton, Russell was also not shying away from how disappointing a weekend Imola, so far, has been. Mercedes went into the Sprint after a strong Practice Two showing in which Russell topped the timesheet, but those laps proved irrelevant as the Silver Arrows lacked the straight-line speed to take advantage of the one DRS zone on a track that is difficult to overtake on.

“It’s tricky in these Sprint races, I don’t know what the rest of the race was like, but it felt processional from where we were,” Russell said. “The race just isn’t long enough to get some tyre degradation there and to have some big differences between the drivers and the cars. “We’ve got work to do. The car is faster, but we just don’t have the speed in the straight to actually move forwards. Here, you’ve got the small kinks in the straight and there’s only one overtaking opportunity so that halted our progress.” Despite the difficult start to the weekend, Russell has not gone as far as Hamilton to rule the Mercedes team out of contention for the rest of the season and believes they will still capitalise when given the opportunity.

“Strategy is going to be key. We’re going to have to do something different to our competition and that will give us an opportunity to fight and move up the grid,” Russell added. “We’ll understand a bit more tonight and it’s going to be tricky. “It’s clearly been a difficult weekend for us; we’ve probably overachieved in the first three races and this weekend we’re a bit behind where we deserve to be. “We’ll just try and get on top of things and capitalise when possible.”