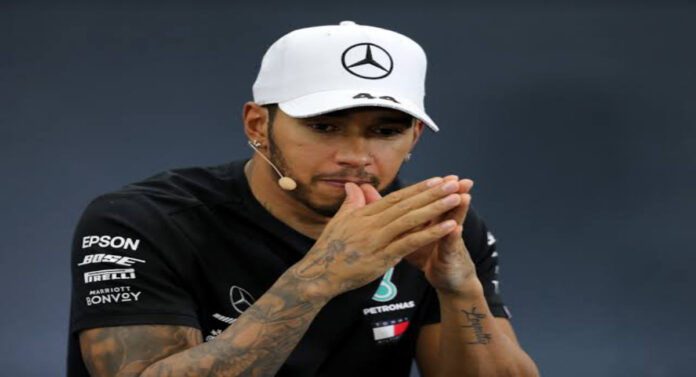 Formula 1 legend Jacques Villeneuve reckons that British driver Lewis Hamilton might be prepared to call it a day and retire before the current season. Hamilton and Mercedes have struggled in the early part of the season and have been way off the pace, with the driver already ruling out being able to challenge for the championship this year.

Mercedes have had problems with their car and haven’t managed to get things right, leading to tension and frustration. Villeneuve, the 1997 champion, doubts whether Hamilton is up for the fight right now and thinks he may have lost the fire and his desire to compete. “Will Hamilton still be there in two, three years? Will he even reach the end of this season?” wrote Villeneuve in his F1 column.

“You can’t see into someone’s head. You can be down and depressed or you can be unable to deal with no longer winning. “Then maybe it’s time to decide life is better without racing. We’ve been surprised in the past – it’s happened that champions have sometimes just had enough.” The Canadian also believes that Mercedes may have to make a tough choice if Hamilton doesn’t save them having to do so.

Is pandering to the potentially-past-it Hamilton worth stifling the development of rising star George Russell? “Do you choose your megastar, your poster boy, the record-breaking champion with the international image who costs you a mega salary?” said Villeneuve. “Or do you develop the car for the promising talent?

A big star like this is great if you win, it gets you a lot of exposure. “But if he doesn’t win, the backlash is so much bigger. A champion doesn’t have the right to not be competitive.”