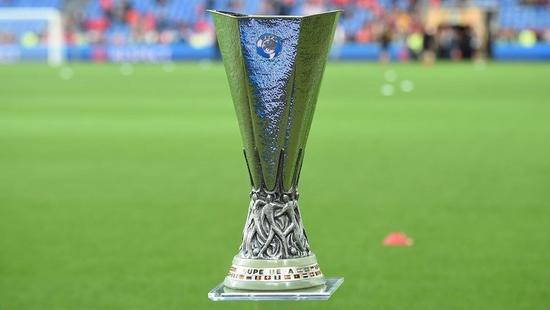 The Gunners will be playing in Europe’s second tier competition as a result of missing out on a top four spot in the Premier League by just one point which saw them finish 5th last season.

Arsenal boast an impressive record in Europe under Arsene Wenger having qualified for the Champions League for 19 consecutive seasons from 1998-99 to 2016-17, a record which is only surpassed by Real Madrid. However, Arsenal have failed to win the competition, coming agonisingly close in the 2006 final where two Barcelona goals condemned the North London club to a painful 2-1 defeat.

But with Europa League football beckoning at the Emirates this season, here are five reasons why Gunners fans should try to be optimistic at the prospect.

Chance to win a European trophy- Despite boasting a consistent record in Europe, Arsenal have rarely been successful in European competitions with the 1994 European Cup Winners Cup being the Gunners only European glory. Therefore, this year’s Europa League competition presents Arsenal with a big chance to add a European trophy to their repertoire and to add to their impressive cup competition record having won three FA Cup’s in the last four seasons.

Young players opportunity to flourish- It is likely that the demanding schedule of playing in four competitions this season will see Arsene Wenger rotate his side between Europa League and Premier League games. With Wenger’s priority likely to be on the Premier League, the early stages of the Europa League will give a number of academy players the chance to shine on the European stage.

Reiss Nelson thrived during pre-season with the first team and is a player that is continuing to turn heads while playing for Arsenal under 23’s. It is expected the 17-year-old will feature during Arsenal’s group opener against FC Koln. Other academy products such as Ainsley Maitland-Niles, Eddie Nketiah and Krystian Bielik could also get a chance to feature throughout the competition.

The return of Jack Wilshere- It was on the European stage where Jack Wilshere first made a name for himself in the 2010/11 Champions League campaign in a game which will live long in the memories of all Arsenal fans as the Gunners side came back from a 1-0 deficit to beat Pep Guardiola’s Barcelona 2-1. An 18-year-old Wilshere excelled against the legendary midfield pair of Xavi and Iniesta and looked destined for greatness. Wilshere’s career has been severely hindered due to injury with the England international opting to go on loan to Bournemouth last season. Wilshere endured an unspectacular loan spell and his Arsenal career now hangs in the balance having just returned from his latest injury setback but the Europa League may just provide the perfect platform for the 25-year-old to get his career back on track.

Freedom to experiment- The Emirates had a toxic vibe for a large proportion of last season due to inconsistent results as well as the unrest due to uncertainty of the future of Arsene Wenger. A successful Europa League campaign will give the boss the chance to experiment with new players, formations and positions.

Away from the high pressure environment of the Premier League, the Europa League may give vital development to young players such as Rob Holding who prospered during the second half of the 2016/17 season.

Champions League qualification- Finishing in the top four in the Premier League is becoming increasingly challenging due to improvement of opposition, therefore Arsenal should be looking to follow in Manchester United’s footsteps of last season and look to use winning the Europa League as a method of qualifying for next year’s Champions League competition.