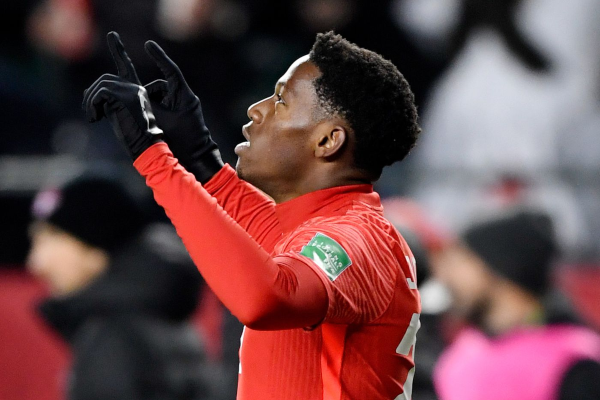 Lille forward Jonathan David has confirmed that he has a desire to play in England amid links with Liverpool and Arsenal.

The Canadian star has enjoyed another superb season with the Ligue 1 champions in spite of their mid-table standing, registering 16 goals in 33 matches in all tournaments.

His agent revealed two months ago that the striker is preparing to quit Les Doges in the summer transfer window, with the Gunners and the Reds both rumoured to be keeping a close eye on the player’s future.

The former Gent youngster has now added fuel to the fire over a possible move to the Premier League, telling Telefoot:

“He [my agent] said what he said. I’m under contract at LOSC. The most important thing for me is to finish the season as well as possible.

“What happens after that, we’ll see. The Premier League attracts everyone. It’s the most competitive league in the world. It’s a really good league.”

Inter Milan, Paris Saint-Germain and Barcelona have also been touted with an interest in the 22-year-old marksman, whose contract with the Stade Pierre Mauroy outfit does not expire until June 2025.

In other news, Barcelona have reportedly halted contract talks with soon-to-be free agent Sergi Roberto, who has been linked with a switch to Arsenal.