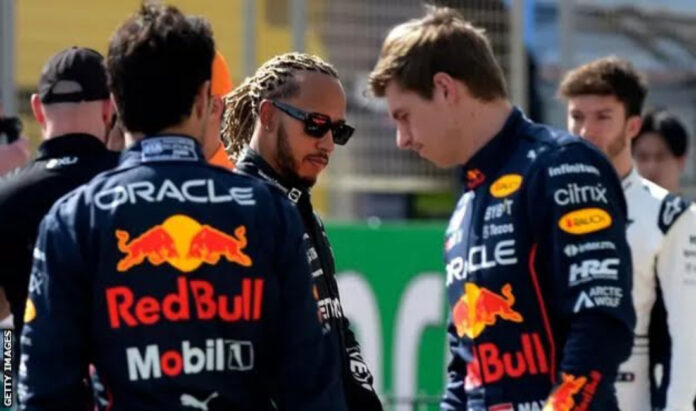 The Mercedes driver said the idea arose from a discussion with FIA president Mohammed Ben Sulayem that covered his decision to miss last year’s FIA gala. It is a requirement for the top three in the championship to attend the gala.

Hamilton skipped the event after the controversial finish to the last race in 2021 at the Abu Dhabi Grand Prix.
Hamilton said at the season-opening Bahrain Grand Prix on Friday: “There will be some sort of fine for missing the gala but we have worked together to make sure the money will be put towards youth from underprivileged backgrounds getting into motorsports engineering.”

Hamilton, who lost out on an eighth world title after the FIA race director failed to follow the rules correctly in Abu Dhabi, has launched a foundation to support students from minority backgrounds into science, technology, engineering and maths courses as part of his drive to increase diversity in motorsport. And last year he created a commission to look into the reasons for the lack of representation of minority ethnic students in such areas.

An FIA statement said Hamilton and Ben Sulayem had met to “discuss the work done by the FIA and key motorsport stakeholders to build greater diversity in the motorsport industry”. It said Hamilton and the FIA would “work together with an independent panel throughout the process” of the donation.

The statement added that Hamilton had “acknowledged the importance of celebrating the year’s achievements with the prize winners across motorsport, and the FIA president reminded Hamilton of his obligation of sportsmanship, particularly in view of his status in motorsport”.