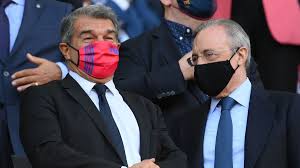 Barcelona are very close to closing a deal with the CVC investment fund according to a report by Diario AS. The deal would see the Catalan club receive €270m that would free up to the tune of €70m from the club’s wage bill.

This development would, however, leave Real Madrid alone in opposition to La Liga president Javier Tebas’ deal and put pressure on the truce that’s been brokered between the two clubs in recent times.

It would also undermine the strength of the Super League proposal, but there was always differences in how Barcelona approached it compared to Madrid and Juventus; they favour an open competition while the latter pair want it to be closed.

The agreement will last beyond the Joan Laporta era even if it will be less than the 50-year period that had been proposed in the initial offer. Combined with the sale of 49% of Barca Studios, Barcelona’s audiovisual production company, it will bring in serious money. That deal alone is thought to be worth €350m.