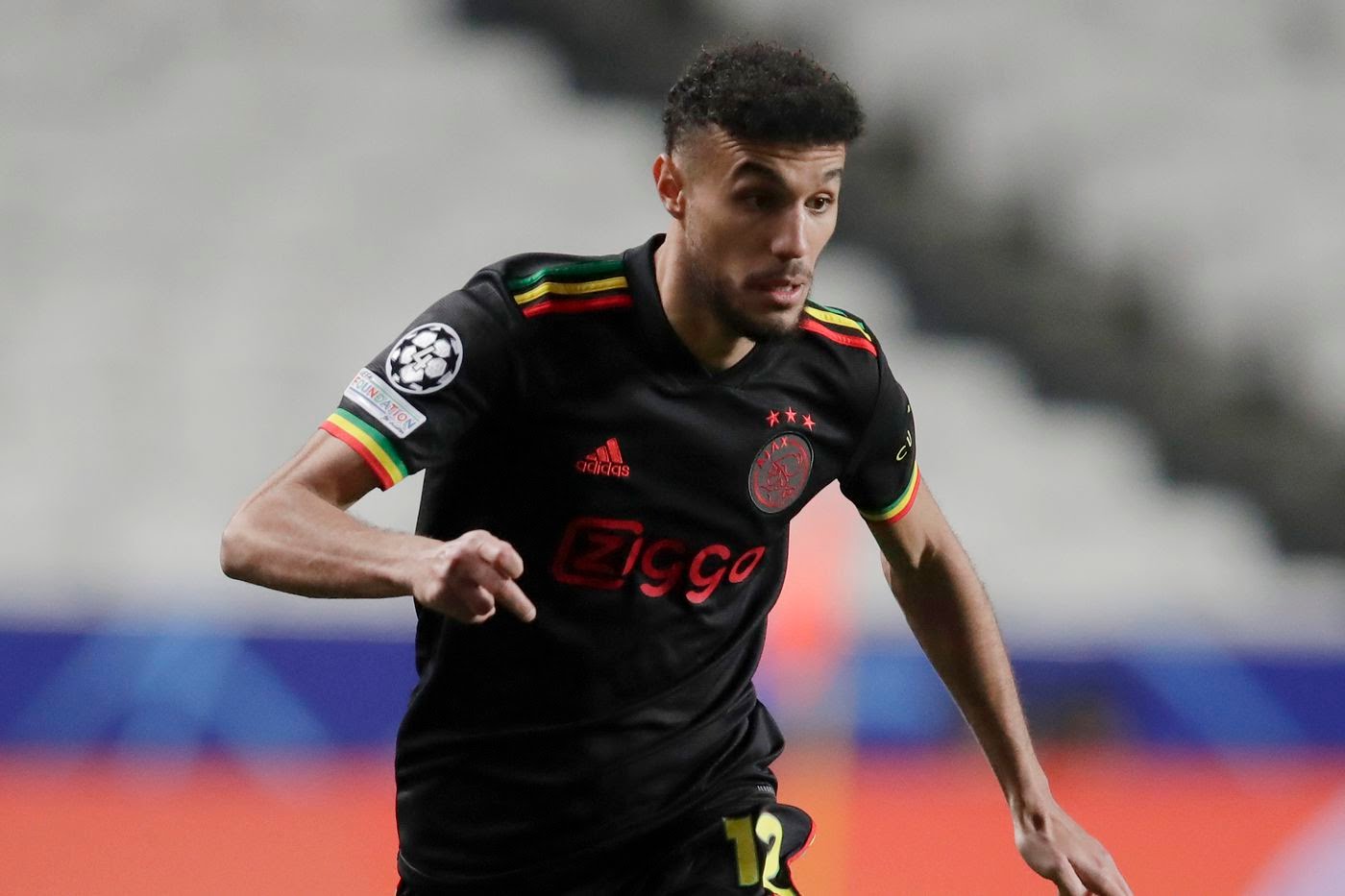 Ajax full-back Noussair Mazraoui looks set to be in demand this summer but Barcelona are reportedly are in “pole position” to land the 24-year-old.

President Joan Laporta and Jordi Cruyff visited Mazraoui’s agent Mino Raiola recently and are leading the race for the defender, according to De Telegraaf.

However, Barca aren’t the only club interested. Borussia Dortmund are also said to be keen, while AC Milan made a “new offer” last week.

The report also thinks that some Premier League clubs have shown an interest, although it seems Mazraoui isn’t keen on heading to England.

Mazraoui will be available on a free transfer and already made it pretty clear in January he’s not expecting to stay at Ajax past the end of the season.

He said, “My future? That’s a good question man. I think the chances of me remaining at Ajax are very small, maybe 5%. I am open for something new – it’s a good moment to leave.”

Barcelona brought in Dani Alves at right-back in January but the Braziilan’s contract only runs until the end of the season and it’s not clear if the 38-year-old will stay on.

Xavi also has Sergino Dest available to play at right-back. The defender was linked with a move away in the winter but stayed and has drawn praise from Xavi in recent games.