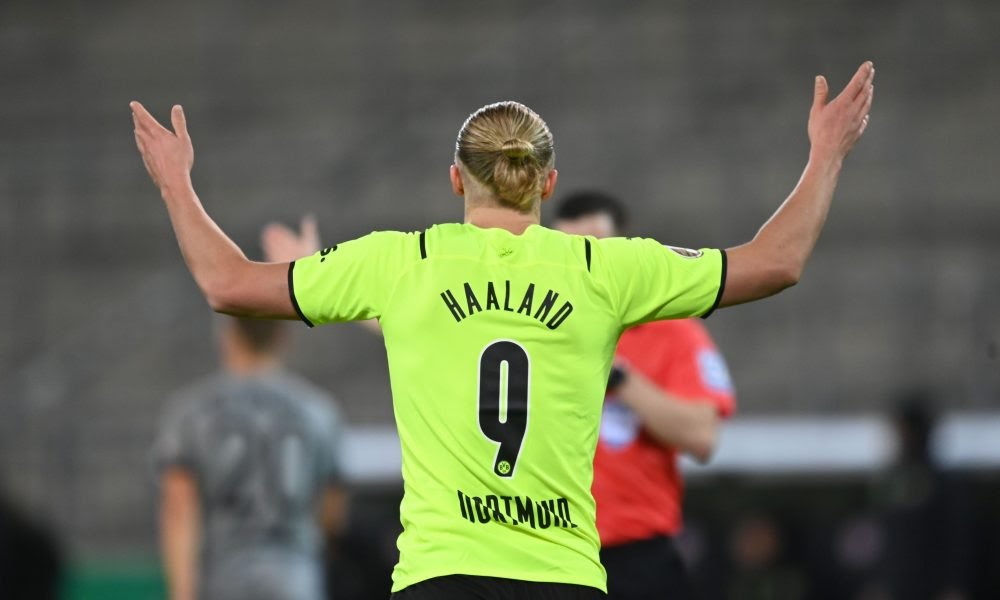 As we enter the business end of the 2021/22 campaign, plans for the summer transfer window later this window are starting to pick up pace at Barcelona.

The upcoming window will be crucial for the club as they look to take the next step in the rebuild under Xavi Hernandez, who has already done some tremendous work in a short period of time.

While the Catalans enjoyed a positive January window, there remain a few areas of concern that will need to be addressed during the summer.

It might not be easy, considering the financial situation and the salary cap rules, but Barcelona are preparing to bring in five top-quality players before the next campaign kicks off, reports Fichajes.

Erling Haaland of Borussia Dortmund remains the top priority for Joan Laporta and his team heading into the summer. The 21-year-old prolific Norwegian is a man in demand, with every top club across Europe interested, which will certainly make it difficult for Barça to sign him up.

Nonetheless, president Laporta has been working hard to try and get the deal over the line, having had multiple meetings with the striker’s agent, Mino Raiola.

The second player on Barcelona’s plans for the summer is another Raiola client in the form of Matthijs de Ligt. The Netherlands international has been on the Catalans’ radars since his breakthrough at Ajax, with the club even trying to sign him before he joined Juventus in 2019.

However, the 23-year-old is not entirely settled in Turin and is believed to be keen on a summer exit, with the Blaugrana ready to pounce. But with de Ligt having a release clause of over €100 million, it will not be easy for the La Liga bigwigs to close the deal.

Next on the list is AC Milan and Ivory Coast midfielder Franck Kessie. The 25-year-old is one of the best-performing midfielders in Serie A and is set to become available on a free transfer this summer with his contract with the Rossoneri up for expiry.

Recent reports have indicated that Barcelona have already made a contract offer for Kessie and have arrived at an agreement with the midfielder over a free transfer in the summer.Another midfielder on Barcelona’s agenda for the summer is Manchester United superstar, Paul Pogba. Much like Kessie, the Frenchman, too, will become a free agent at the end of the season as his contract is set to run out and he has shown no indication of wanting to renew.

Several clubs have taken note of his situation, including Barcelona. While the possibility of him continuing at Old Trafford is not entirely ruled out, the 28-year-old is someone that the Blaugrana could move for if he becomes available.

The last name on the list is another soon-to-be free agent in Chelsea defender Andreas Christensen. The 25-year-old is in the final four months of his deal at Stamford Bridge and is expected to move on before next season starts.

Barcelona have been touted as the favourites to sign him, with the club believed to have tabled a contract offer worth €6 million per year.