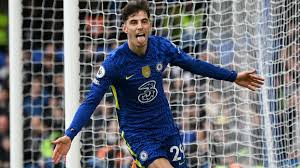 Kai Havertz was the hero as Chelsea snatched a 1-0 win over Newcastle United on Sunday at the end of a difficult week at Stamford Bridge.

The European champions did not manage a shot on target for 75 minutes in a largely listless performance coming just days after Roman Abramovich was disqualified as owner after being sanctioned by the UK government following Russia’s invasion of Ukraine.

The lack of clarity over the club’s future seemed to permeate the performance, with even Chelsea’s home shirts creating confusion given they carried the Three logo despite the company suspending sponsorship and asking the banding to be removed.

Havertz eventually tested Martin Dubravka with a header late in the second half but it looked as though Newcastle – whose own Saudi Arabia-backed ownership came under further scrutiny in the build-up to the match – would extend their unbeaten run to nine games in all competitions.

However, Havertz’s sublime control and finish from Jorginho’s pass in the 89th minute gave Thomas Tuchel’s men all three points, the Germany star having earlier been fortunate to escape a red card.

Newcastle largely kept Chelsea comfortably at bay in the first half, though, and Havertz – starting again in place of Romelu Lukaku – was arguably lucky not to see his game end early, a VAR check deciding no more than a yellow card was required after he caught Dan Burn with a raised arm.

Miguel Almiron almost scored a stunning opener seconds before the break, his volley from the edge of the box beaten away by Edouard Mendy.

VAR again left Newcastle fans frustrated when referee David Coote chose not to give a penalty for Trevoh Chalobah’s challenge on Jacob Murphy and the decision was allowed to stand.

Havertz at last evaded centre-back Dan Burn to meet Hakim Ziyech’s cross, but he could only nod the ball into Dubravka’s grateful grasp.

Yet when Havertz at last evaded the attentions of Burn, he took down Jorginho’s raking pass superbly before prodding high past Dubravka.