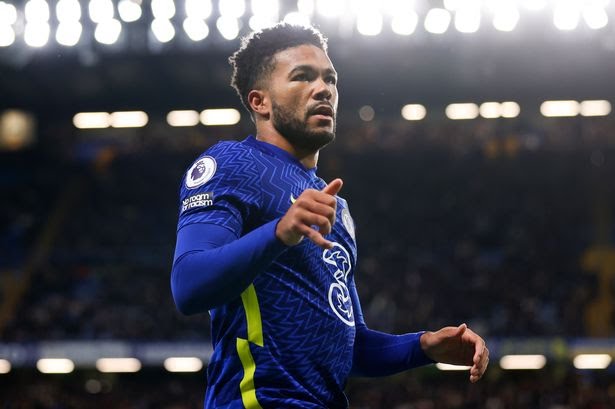 Reece James made his long-awaited return to Chelsea training this afternoon ahead of the Carabao Cup final against Liverpool.

The 22-year-old has been ruled out since the end of December after he suffered a torn hamstring against Brighton and Hove Albion. But having undertaken almost a month of individual work at Cobham, the academy graduate was finally cleared to rejoin first-team training.

Those players who started against Lille on Tuesday night, including Mateo Kovacic and Hakim Ziyech, undertook recovery work at Cobham in order to ensure they were ready and fresh for Sunday’s clash at Wembley.

Callum Hudson-Odoi has missed Chelsea’s last two matches due to a sore Achilles but there is an expectation the 21-year-old will be available to face Jurgen Klopp’s side.

Thomas Tuchel faces a difficult selection decision ahead of Sunday’s game as to whether recall Romelu Lukaku or continued with Kai Havertz as Chelsea’s frontman.

Lukaku was an unused substitute for Tuesday’s Champions League win over Lille after his ineffective display against Crystal Palace last weekend.

“You can clearly see we have a strong win and strong performance, it was a tough match but almost every question is about Romelu,” Tuchel said. “The focus is huge. There were also nine other players who did not play.

“We should never forget we consider this sport a team sport and the eleven guys who play do everything to commit fully to what we plan and to commit fully to their teammates and those on the bench have to do the same and this is how it works.