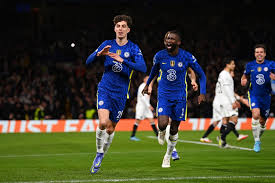 Chelsea forward Kai Havertz believes the attention surrounding Romelu Lukaku ‘too hard’ after the Belgian has received widespread criticism in the press.

Lukaku was dropped for Chelsea’s UEFA Champions League round of 16 clash against LOSC Lille after a poor display against Crystal Palace.

Speaking to Mail Sport, Havertz has opened up on Lukaku’s season so far and compared it to his arrival at Chelsea.

“I know this feeling,” admitted Havertz. “When you come to a club with a £100million package and everyone wants you to perform from the first to the last minute in a game. It is not easy to go into a game and score two or three goals.

“We are all human, everyone makes mistakes, but apart from that I think we are being a little bit too hard on Rom.

“You cannot forget he scored in the semi-final and the final of the World Cup, goals which were huge for us.”

Havertz added to Lukaku’s opener in the Club World Cup final to seal the victory, lifting the trophy for the first time in Chelsea’s history.

The German continued to explain that the pressure may be getting to Lukaku due to his high price tag, much like the pressure that was on Havertz last season.

“Even though everyone keeps saying ‘he’s not scoring, he’s not scoring’ he has the most goals in our squad. It’s not too bad but everyone is always putting pressure on the big players, players who cost a lot of money.” he concluded.