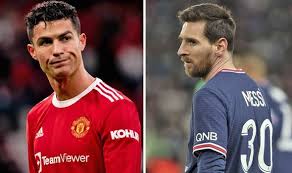 Cristiano Ronaldo and Lionel Messi are set to go head to head again with Manchester United and Paris Saint-Germain both having ‘proposals’ on the table to play in Australia this summer, according to reports. The two men’s rivalry has enchanted world football for many years, now. And it’s possible supporters will get to see the two icons strut their stuff on the same field again.

Ronaldo and Messi have dominated football’s individual awards ever since 2007, when Kaka won the Ballon d’Or.

The duo have both won that prestigious 12 times combined, with the United star clocking up five victories while his rival has claimed it on seven separate occasions.

Their rivalry dates back to when Ronaldo was first at United and when Messi was turning out for Barcelona.

And, now, Sport claim the duo are primed to go head to head again after United and PSG both received ‘proposals’ to play in Australia.

It’s stated that, as well as the Premier League and French giants, Barcelona have also received an invite to play.

The Catalan giants are working to ‘generate income to strengthen the club’s economic situation’.