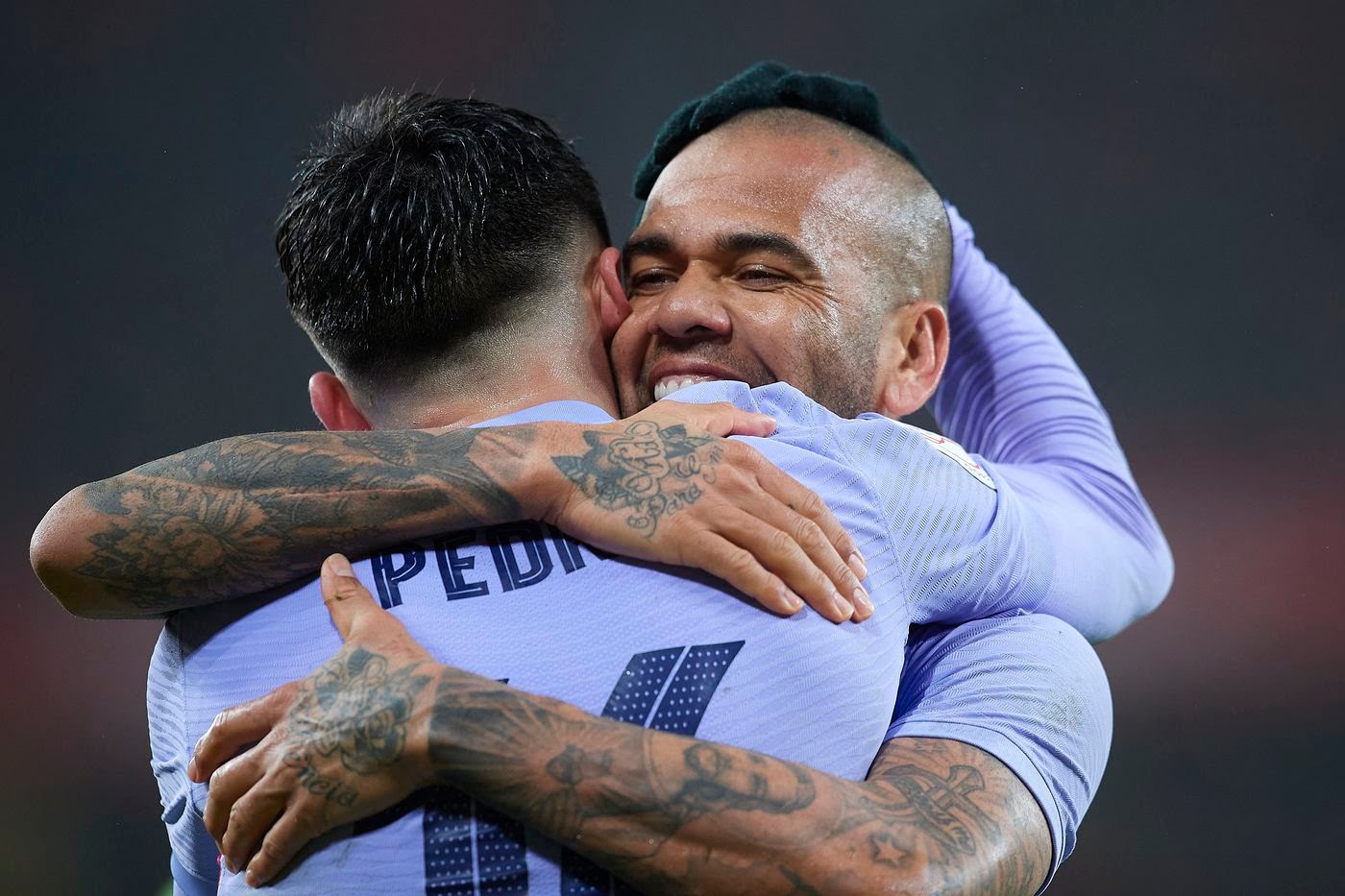 All of us have been impressed by Pedri over the last year. The 19-year-old midfielder has impressed in all facets of the game and yet continues to amaze even the most experienced eyes, like veteran full-back Dani Alves.

The Brazil international commented on the performance from Pedri over the weekend. He, like the rest of us, was amazed by the Spaniard’s effort in the 4-0 win over Athletic.

“Through luck, I have been with people of that level, but he is one who is most assimilated to those,” he said

“I have had to luck to be able to live with them. We are seeing a player who is amazing.

“it’s incredible to play with them.”

Barcelona coach Xavi also joined in with the Pedri admiration after the match, comparing him to Andres Iniesta and also saying, “If we’re talking about pure talent, Pedri is the best in the world.”