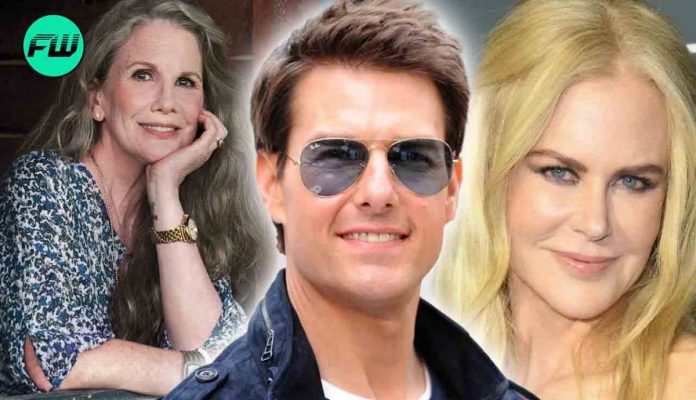 One of the most popular and undoubtedly the most handsome actors in Hollywood, Tom Cruise has had a number of women falling for him. The actor has dated quite a few women and even been married three times in the past. Due to his fame, his relationships and splits become huge news. Here’s a list of every woman Tom Cruise has dated.

Melissa Gilbert had an innocent connection with Tom Cruise
According to the actress, the two shared a very innocent connection. It was back in the 1980s, the actress said that the two used to make out but never had sex. “I did not have sex with him. We made out, but honestly, there was no sex. He was a good kisser” she once shared. Now, she is living in a restored hunter’s cabin in New York with her husband, Tim Busfield.

Heather Locklear
Or that is what she says she recalls. The actress met him at an audition while he was still in his struggle years. She said that the two weren’t meant to be. She shared her first date experience with him, that how the actor started doing splits and she did not know how to dance with him. Right now, she was recently seen in Don’t Sweat the Small Stuff.

Rebecca De Mornay
The movie, Risky Business in 1983 was widely successful because of the actors’ chemistry. The two continued it off-screen and dated for almost two years. Recently the actress has been seen on the small screen, acting in series like Lucifer and Jessica Jones. And her upcoming movie is Peter Five Eight.

Cher
In 2008, Cher shared that she had a fling with the Jack Reacher actor. In 1986, the two were together despite the 16-year age gap. Now, Cher focuses on charity work for animal rescue. She is also working on a biopic based on her life; and an album, which could be her last work. The singer and actress is just timeless.

Mimi Rogers
One year after meeting each other, the two tied the knot in May 1987. But two split up three years later. The Top Gun actor revealed that marrying her made him a better actor. She has recently been seen in Bosch: Legacy playing the main role, Honey Chandler.

Nicole Kidman
Soon after the divorce from Mimi Rogers, Tom Cruise and Nicole Kidman got together. The world went crazy over the two. They got married in 1990 and adopted two kids together. They later split up in 2001, the reason was kept private. Recently the actress was seen in an episode of Roar and starred in The Northman.

Penelope Cruz
After his divorce from Kidman, he met Cruz on the set of Vanilla Sky in 2001. The two went on to date for two years, rumors had it that they wanted to get married but never did. Instead, they ended up splitting up. She was recently seen in the movie Parallel Mothers which came out in 2021. She is set to appear in On The Fringe.

Nazanin Boniadi
Both members of the Scientology group dated for three months from November 2004 to January 2005 before splitting up. There were rumors that the Church of Scientology picked her specifically for the Mission Impossible actor. She has recently been announced the ambassador for Amnesty International, UK. She will also be seen in the upcoming Lord of the Rings series on Amazon Prime.

Katie Holmes
The third wife of the actor, the two were the most iconic couple of the 2000s. Though the two ended up separating in 2012, the fans adored them together. And who doesn’t remember the actor jumping on Oprah’s sofa and confessing his love for Holmes? She is now set to appear in Alone Together, she is also the writer, producer, and director of the series.