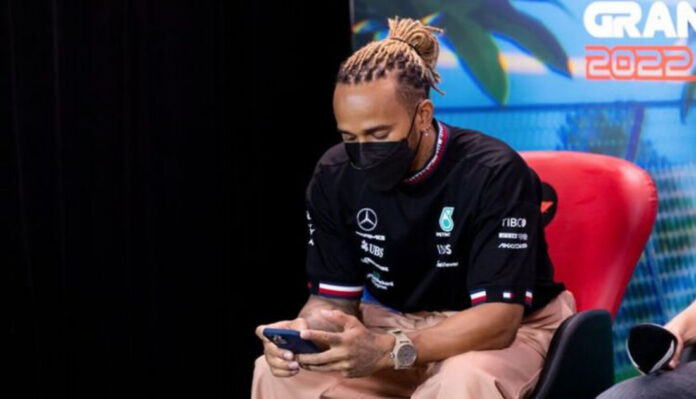 LEWIS HAMILTON was called to the stewards after an incident between Carlos Sainz and Lance Stroll in Friday’s second practice session at the Australian Grand Prix. Lewis Hamilton will face no further action from the stewards after he was called for talks at the end of FP2 at the Australian Grand Prix. Hamilton was just ahead of Carlos Sainz and Lance Stroll when the pair came close together at turn 13.

The FIA had summoned the seven-time champion to the stewards at 8.30am BST (5.30pm local time) to discuss the issue. However, the stewards released a statement saying they will take no further action against Hamilton or Stroll as there were multiple cars in the way. The report said: “The Stewards heard from the driver of Car 44 (Lewis Hamilton), the driver of Car 18 (Lance Stroll) and team representatives and examined video evidence.

“Due to the presence of multiple cars converging on the final corners, all of which impacted the situation, the Stewards consider that Car 44 did not unnecessarily impede Car 18 and take no further action. “Competitors are reminded that they have the right to appeal certain decisions of the Stewards, in accordance with Article 15 of the FIA International Sporting Code and Chapter 4 of the FIA Judicial and Disciplinary Rules, within the applicable time limits.” The stewards initial statement was issued in the closing stages of FP2. It said Hamilton has been called for an “alleged breach of Article 37.5 of the FIA Formula One Sporting Regulations”. The report said Hamilton had been accused of “unnecessarily impeding car 18 at turn 13 at 16:05”. Earlier in the day, Stroll had already accused Hamilton of blocking him around the same part of the track.

He said: “Hamilton impeded me. He’s totally impeding me.” His engineer replied: “Yeah, copy we saw.” Mercedes are struggling for pace in Albert Park with Hamilton and team-mate George Russell outside the top 10 in FP2. After the session, Hamilton explained he had a difficult time on track and warned Mercedes’ efforts to fix the car was proving fruitless. He added: “​​It’s just nothing you change on the car makes a difference at the moment, so that’s the difficult thing. You get in very optimistic and then you make changes and then it doesn’t really seem to want to improve. “We made some changes going into P2; P1 was better and then P2 ended up being a bit harder for me, so I don’t know. It’s a tricky car.

“There’s just not a lot we can do. It’s the way it is so we’ll just have to drive with it. That’s the frustrating thing because you’re trying to push and you’re trying to catch, and even when you do a decent lap, it’s 1.2s down. So it’s difficult.” Sebastian Vettel was also fined by the stewards after he rode a moped on the circuit when his car broke down in FP1. The Aston Martin driver will have to pay £4,100 (€5,000) for breaching the rules.