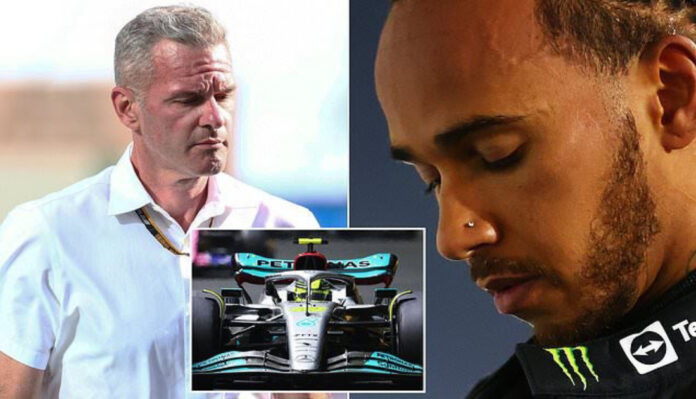 Formula One drivers have been served a reminder that they are banned from wearing jewellery while racing ahead of the Australian Grand Prix. The ruling was included in the Melbourne event notes that was issued by new F1 race director Niels Wittich, who will share the position with Eduardo Freitas following the sacking of Michael Masi. This will affect drivers including Lewis Hamilton who has been seen sporting a nose stud while behind the wheel of his Mercedes.

This will affect drivers including Lewis Hamilton who has been seen sporting a nose stud while behind the wheel of his Mercedes. It has been part of the sporting regulations since 2005, though drivers who have worn jewellery behind the wheel have not been penalised. The new race directors though are set to take a sterner stance and fine those who are caught wearing any form of body piercing or metal neck chains. It’s said the reminder is not aimed at any one person and that multiple drivers up and down the grid have been spotted wearing jewellery – also including rings and bracelets.

There is a risk the stricter approach could spark a new row with seven-time champion Hamilton. Hamilton was seen wearing a nose stud at both last year’s season-ending Abu Dhabi GP and this year’s opener in Bahrain, where it was clearly visible through his open visor. The Federation Internationale de l’Automobile (FIA) confirmed a nose stud would fall foul of the ban, raising the prospect of Hamilton being forced to remove it.

It was brought in to prevent piercings and chains injuring the driver in the event of a collision, and the FIA said it also applied to the wearing of rings and bracelets. There was also concern jewellery could slow drivers getting out of the car after a heavy crash. Wittrich is one of two new F1 race directors, in an alternating arrangement with Freitas, following the ousting of Masi in the wake of the controversial climax to last season, which saw Hamilton denied a record-breaking eighth world title.

Mercedes have dominated the sport since 2014 – carrying Hamilton to six titles and winning an unprecedented eight constructors’ championships in succession. However, they have failed to get the best of the new regulations for this season so far, with Red Bull and Ferrari leaving the Brackley based outfit playing catch-up.