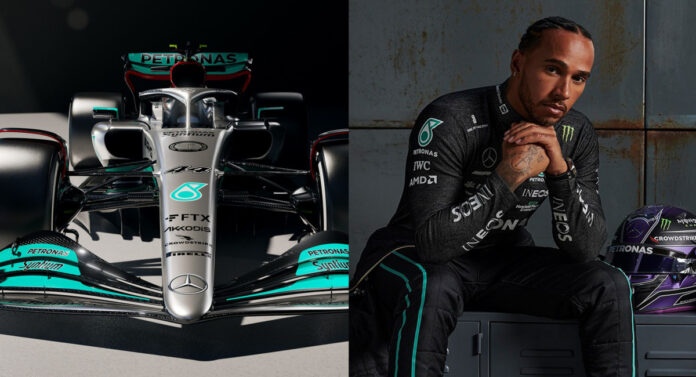 Mercedes struggled for pace throughout the second pre-season test in Bahrain last week as the ongoing porpoising issue prevented it from unlocking more performance from its raft of updates. Qualifying in Bahrain saw Hamilton finish fifth, trailing pole-sitter Charles Leclerc by over six tenths of a second as both Ferrari and Red Bull cars qualified ahead. Mercedes teammate George Russell will start down in ninth after struggling with tyre warm-up in Q3. Hamilton said immediately after the session that he felt happy to qualify fifth given how much Mercedes had been struggling.

The seven-time world champion later explained that Mercedes was working hard to try and get the most out of the car, but acknowledged the limitations stemming from the porpoising problem meant no set-up tweak could remedy things. “There’s been a crazy amount of work and conversations here until late, working on just trying to just extract everything amongst the fact that we still have the fundamental issues,” Hamilton said.
“No set-up change necessarily is going to fix those in the short term. We definitely didn’t expect to be fifth, and so I’m happy to be in there. The guys ahead, they are a lot quicker, sixtenths is a lot of time.

“But yes, I do know there’s potential, and I think just got to work very, very fast and be precise over these next weeks to try and close that gap as soon as we can.” Hamilton explained that the porpoising Mercedes was experiencing with the car meant it did not have the downforce it needed, preventing the team from fighting with the Red Bulls and Ferraris ahead. “They’ve got their cars in a much better position, and they’re extracting, maybe not all the downforce, I don’t know, but you’d assume they are extracting a lot more than we are,” Hamilton said.

“Ride quality is probably something that needs to be improved with our car, not only with that bouncing, but it’s in a lot of other places as well.” Mercedes F1 boss Toto Wolff acknowledged the team realised the severity of the issue “much too late” at the second test in Bahrain, where it was “really surprised” by the problems it had. But he expressed faith that the design concept direction taken by Mercedes was the right one. Wolff added the result was “not unexpected” and that it “could be much worse” given the surge in performance enjoyed by teams like Haas and Alfa Romeo. “Third on the road, that’s where we are, now let’s consolidate that tomorrow,” Wolff said. “I believe that we will be losing chunks of time to the Ferraris and the Red Bulls in the race, that is at least our expectations, then let’s get the car to a proper place.”

Hamilton agreed that Mercedes could not realistically expect to fight with the Ferrari and Mercedes cars on Sunday in Bahrain.
“We might have slightly different strategy in terms of the tyre situation, who knows whether that can come into play tomorrow,” he said. “If our pace happens to be a little bit better than we anticipate, which taking from [practice] yesterday, this won’t necessarily be the case, but every day is a bit different, then maybe we can just maybe hold on to the guys that are ahead just for a little while, and give them a little bit of trouble. “But we definitely won’t be quicker than any of the guys ahead of us.”