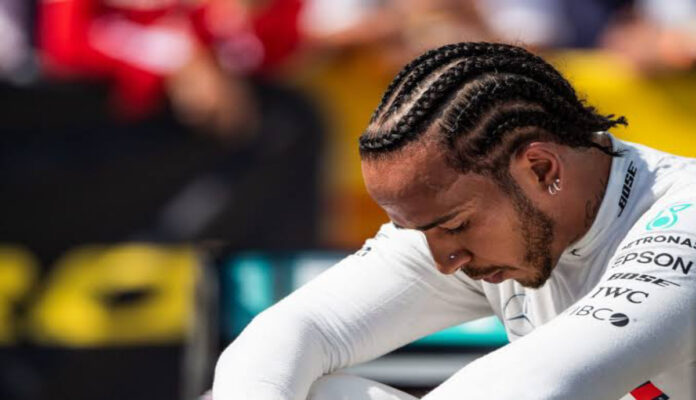 Lewis Hamilton and George Russell should have their Mercedes car working properly before the summer, but finding a fix may not be that easy, according to ex-driver Derek Warwick.

The race steward claimed porpoising issues were “difficult to replicate in the wind tunnel” which may make it hard for the Silver Arrows to find a fix. Mercedes has struggled with the bouncing problems since the start of the season, leaving the team unable to challenge anywhere near title favourites Ferrari and Red Bull. The team has picked up just two podiums this season with hamilton only scoring one point after a horror Saudi Arabian GP.

Both drivers lie more than 34 points behind Charles Leclerc in the driver’s standings but there is hope inside the camp that the issues can be solved. However, Warwick claims with porpoising you will “never know” how long it could take to find a solution. But, the former driver claimed he would still be “surprised” if the issues were plaguing the driver’s throughout the summer. Speaking to Express Sport, Warwick said:

Let’s hope he challenges Leclerc and Max [Verstappen] going forward.”
Mercedes were initially expected to bring some new upgrades to the car in Australia but these did not arrive. The Silver Arrows are expected to bring some minor updates to the car ahead of this weekend’s race in Imola to give a small boost for the next two races. It is then assumed further updates will be installed at the following European race in Spain. However, their main rivals for the title are also set for improvements with Ferrari and Red Bull both confirming they have small upgrades planned.

He said: “We are fortunate to have a base in Brackley, and in Brixworth, with hundreds of people working every hour they possibly can to make this racing car fast, competitive and a championship winner. The work that goes on between races is enormous. “There is a turnaround of components, there are upgrades, there is an understanding of problems that we have and how do we.