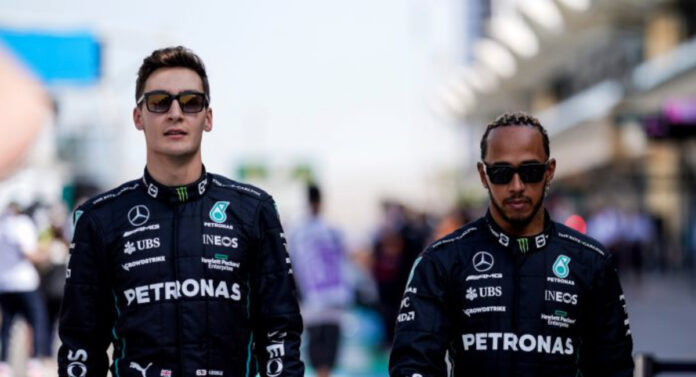 It is a rare time in the career of Lewis Hamilton and one in which he is not only lacking the pace of Red Bull and Ferrari but also appears to be lacking the pace of his team-mate. The seven-time World Champion is seventh in the Drivers’ Championship after four races while George Russell, who is in his first season with Mercedes, is 21 points ahead having so far proven himself better at coping with the W13’s flaws.

While there is plenty of time left in the season for Hamilton to overtake Russell, a former team-mate of Hamilton’s has said he “passionately hates” trailing the man on the opposite side of the garage from him.

“It’s definitely a very tough situation for Lewis,” Nico Rosberg told Sky Sports. “He’s won a race in every season of his career and it looks like maybe this will be the year when he can’t win anymore. “You can see how the tension is rising and that’s natural. Lewis will obviously start to show those emotions a little bit. “Nevertheless, with the experience he has I think he will eventually manage to keep those under control. Let’s not forget also Lewis hates ending up behind his team-mate.

READ ALSO:   Lewis Hamilton Set To Break His Single Status Has Romantic Entanglement With Camila Kendra From The Dating App Takes Another Dimension

“Even if you’re 11th or 13th he really passionately hates coming in behind his team-mate – it makes him very angry and that also happened at Imola in qualifying and the sprint race so it will put the tension up a lot, especially in the engineering room where Lewis will be pushing harder and harder. It will be interesting to watch how that unfolds.”

The Hamilton-Russell dynamic was one of the most talked about topics during the off-season with fans eager to see how the seven-time World Champion would fare against a driver who seemed more likely to push him than Valtteri Bottas. So far, Russell has not had to be aggressive in his approach to the team, going as far as admitting that the senior driver was the “captain.”

Time will tell if that remains the case as the season goes on especially if Russell continues to lead in the Drivers’ Standings. In his career, Hamilton has finished behind his team-mate on just two occasions (2011 behind Jenson Button and 2016 behind Rosberg) and will want to make sure that number remains the same come the end of this season.

READ ALSO:   Wolff: Lewis Vented At Me, I Vented At Him...“Am Still The Boss", Commenting On The Heated Exchange He Had With Hamilton