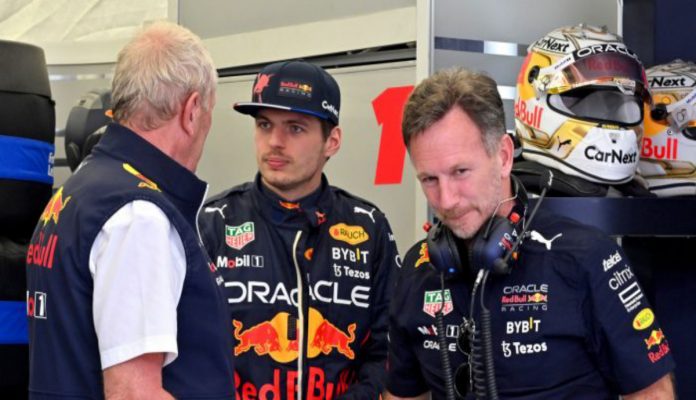 As Max Verstappen and Sergio Perez prepared for qualifying at the United States Grand Prix, news of Mateschitz’s passing was announced. Verstappen went onto win the grand prix with Perez’s P4 sealing Red Bull’s first Constructors’ Championship title since 2013. It came just one race after the Dutchman had successfully defended the World title.

A few weeks later the Red Bull organisation announced the appointment of Oliver Mintzlaff from Bundesliga soccer club RB Leipzig to head up their sports and media division. Marko says the Formula 1 team will continue as is. “Our success speaks for itself,” said the 79-year-old in an interview with Sport Bild magazine. “There is no need to worry that Red Bull will disappear from Formula 1 in the near future.

“We are far from finished with our mission. We want to win more races and titles.” For now, though, the Red Bull motorsport advisor doesn’t know what role Mintzlaff will play in the Formula 1 team if any. “Our biggest plus has always been that we have many bright minds who don’t need a meeting with the supervisory board before anything can be initiated,” he said. “We’ll see what that looks like in the future. We’ll discuss in the coming weeks how we’ll split up and what role Mr. Mintzlaff will play.”

READ ALSO:   F1 Boss Max Mosley Killed Himself By Shooting Himself In The Head With Shotgun After Learning He Had Terminal Cancer... Knowing He Has One Week To Live

Although Red Bull romped to the 2022 championship double, untroubled as they claimed 17 of the 22 race wins, 2023 could be a different story. Ferrari, who will have a new team boss after Mattia Binotto tendered his resignation, are expected to bounce back from the struggles that saw them drop the ball this past season while Mercedes were the team in 2022 that made the biggest gains. The Brackley squad emerged as Red Bull’s closest challenger in the final few races with George Russell breaking the team’s duck to take the win at the penultimate round of the championship, the Sao Paulo Grand Prix.

As for Red Bull, they’re facing a dramatic reduction in their aerodynamic testing restrictions, given less R&D time because they won the teams’ trophy and then even less still because of their budget cap penalty. Marko, though, is “not really worried. We are on the right track for 2023 and with Max we have the best driver in the field.” Asked out of Ferrari and Mercedes which team he reckons will be Red Bull’s biggest threat, he said as per Motorsport.com: “I think we should be more afraid of Mercedes because they still have the upper hand against Ferrari in terms of strategy and durability.