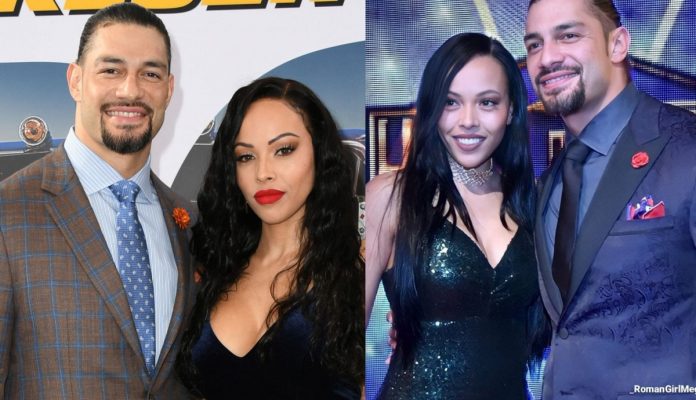 Roman Reigns is just one of the many WWE Superstars who is a family man, and a very dedicated one as well. While many fans are familiar with his Anoa’i family clan, he also has his own personal family that is mostly kept private. Given his rich wrestling family background, it’s no surprise that The Tribal Chief also found himself with the Stamford-based promotion, and is even their current Undisputed WWE Universal Champion. But before all of this, he was eyeing a career in football.

The WWE Superstar played football in high school and continued until his college years. While at the Georgia Institute of Technology, he not only became a member of the Georgia Tech Yellow Jackets, but this was also where Roman Reigns met his wife Galina Becker. Roman Reigns and Galina Becker, who were both taking management classes at the time, met in early 2005 on Valentine’s Day after going out on a date. Reigns shared in the past how their relationship wasn’t supposed to be serious, but they later developed deeper feelings for one another.

Reigns got engaged to Galina in February 2012 and later married in the Bahamas in December 2014. They welcomed their first child, a daughter named Joelle, in 2008. The couple had twin boys in 2016 and had another set of twin boys in 2020. The COVID-19 pandemic affected a lot of people, with one of them being the current Undisputed WWE Universal Champion.

He was slated to face Goldberg at WrestleMania 36 for a title match before he was pulled out. As it turns out, Reigns decided to take some time off from the company not only for his health but also for the health of his family.

While Traore excels, Trincao complains: I deserve to play more