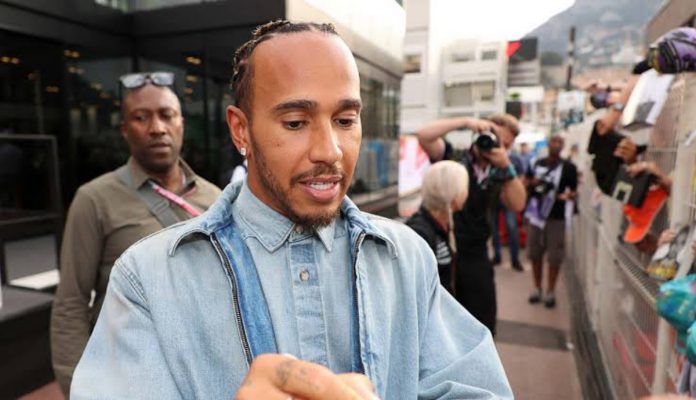 The untitled project, confirmed by Apple this week, will be directed by Joseph Kosinski, the man behind Pitt’s Top Gun: Maverick. According to the Hollywood Reporter, the storyline will see Pitt, 58, play a seasoned racing driver who comes out of retirement in order to mentor a promising rookie.

Jerry Bruckheimer and Chad Oman are also on board with Hamilton as producers, working with Pitt’s Plan B company. F1 films have been rare in the past. Two standouts from the last decade are Asif Kapaida’s 2011 documentary Senna, focused on the career of three-time world champion Ayrton Senna Senna, and Ron Howard’s 2013 movie Rush, on the rivalry between James Hunt and Niki Lauda.

In the late 1990s Sylvester Stallone attempted to make a movie around Formula One after attending the 1997 Italian Grand Prix, only for his efforts to be blocked by the sport’s former boss Bernie Ecclestone.

Stallone’sfilm became the much-maligned 2001 movie Driven, based on a fictional Champ Car season and infamous for featuring unrealistic crashes and bad CGI. The film earned seven nominations at the Golden Raspberry Awards.