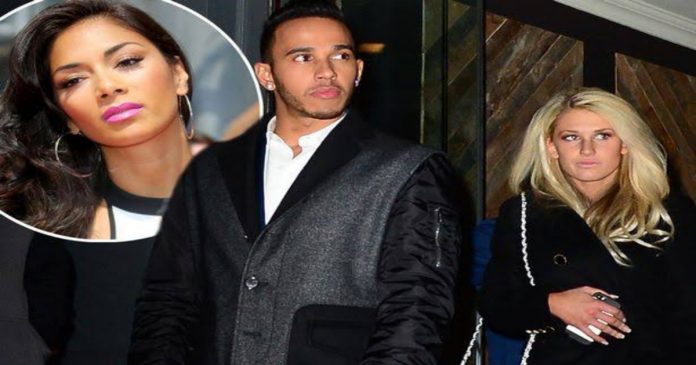 Lewis Hamilton has had huge success on the circuits, racking up the accolades over his career. However, the F1 driver has admitted he finds it “difficult” to balance this with having a romantic relationship. The sportsman has previously admitted how being a professional sportsman impacts his love life.

In an interview from 2019, he explained: “It may be slightly different in that we are travelling as much as we are, and you are just away for crazy amounts of time. “So that’s probably an additional weight that makes it really, really tough to hold down a good relationship, and if things aren’t quite perfect.” Lewis then added to The Sun: “There are those that manage it, look at Seb [Sebastian Vettel].

“There are many athletes who have happy lives in the background. “But I for one also find that incredibly difficult, with your goal to be as competitive as you can be.” Lewis has had countless high-profile girlfriends since he first began his F1 career. This has included glamour model Danielle Lloyd in 2002 and Nicole Scherzinger from 2007 until 2015.

READ ALSO:   Hamilton: “My Greatest Pain Was Seeing Max Verstappen Lap Me At The Imola While I Struggled"...Toto Wolff Has Ridiculed Me

His relationship with the Pussycat Dolls singer was on and off for seven years until they split. As well as his official relationships, Lewis has also been linked to several other stars. This has included singer Rihanna, The Voice coach Rita Ora and model Barbara Palvin. Lewis was also rumoured to be seeing Winnie Harlow, Sofia Richie and Nicki Minaj. However, none of these romances have ever been confirmed.

This also isn’t the first time Lewis has opened up about his difficulties to have a love life. He opened up to The Times in September 2018 about his hectic schedule. “I’m a workaholic. I don’t have time for it,” the Mercedes driver said. “When you travel as much as I do it’s hard to keep up a relationship, so I’m of the mindset that I’m not going to do that until I’ve stopped and no longer have to be so single-minded.

“I want to have kids, but I want to be there for them — to be a good and present dad — but I’d be open to it if I happened to come across somebody special.” In the meantime, Lewis is kept busy looking after his beloved dog Roscoe. The F1 driver also previously owned another English Bulldog called Coco, who sadly died at the beginning of 2020.