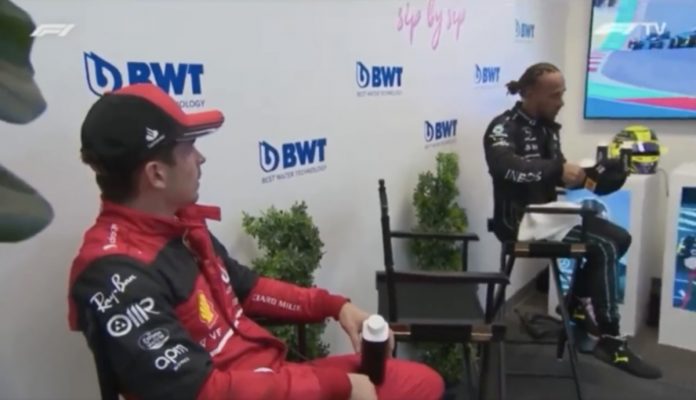 The US Grand Prix saw an eventful race as Max Verstappen triumphed over Lewis Hamilton to win a record-equalling 13th race of the season on an emotionally charged day for the Red Bull team after learning about the death of their owner Dietrich Mateschitz. Although Red Bull continue to dominate the Drivers’ and Constructors’ Championships, some of their limelight was stolen by fantastic drives from Hamilton and Fernando Alonso.

It was, though, yet another disappointing race for Ferrari and Carlos Sainz, who had started on pole. The Spaniard was hit by George Russell at the first corner of the circuit. Charles Leclerc, however, finished third behind Verstappen and Hamilton to bring home important points for them. Hamilton was close to his first win of the season, however, the seven-time world champion was overtaken by Verstappen in the closing stages. The Brit may have driven well, but he was caught on the hop in the cool down room when he was questioned by Leclerc about what happened to Sainz on the opening lap.

Leclerc questioned Hamilton about the incident involving Sainz, saying: “What happened to Carlos?” Hamilton appeared surprised by the question and replied bluntly: “George took him out.” Formula 1 fans on Twitter definitely appeared to enjoy the exchange between Leclerc and Hamilton about their respective teammates. One fan observed that Hamilton had, for a split second, looked as if he was going to give a diplomatic answer, but then just decided to tell it how it was. Many agreed that it was hilarious, with one tweet saying that Hamilton was incredibly funny, albeit unintentionally.

Others praised Hamilton’s honesty, with one posting: “Charles asking Lewis what happened to Carlos and Lewis replying that George took him out. Man is honest.” However, some felt Hamilton looked awkward at being asked about this while the camera was rolling. Some observed that there was no way Hamilton could “sugar-coat” what had happened and that Russell had simply taken Sainz out.

Fans also commented on George Russell for initiating the contact and ending Sainz’s race. Some fans stated that this sort of thing involving the Brit has happened frequently this season and one stated that Russell “hits someone every race.” Time may be running out for Hamilton to maintain his proud record of winning a race in each of his F1 seasons, but despite losing out again, he will be pleased with his performance and that of the team, believing that they are moving in the right direction.

Mercedes have had their problems this season, but they can go into the next race in Mexico with a little more confidence. Hamilton is clearly still performing very well, however, matching Red Bull’s superb speed is a tough ask for any driver.