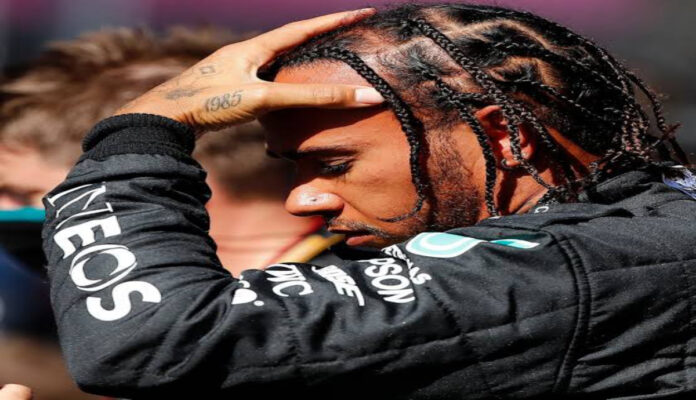 The world champion bested Charles Leclerc in a cat-and-mouse race that saw him progress to 25 points and achieve his first victory for the 2022 season. Meanwhile, after a lacklustre qualification, Lewis Hamilton could only finish 10th. A discouraging end to a poor week for the former world champion, Hamilton was unable to build on his surprise third-place finish that he salvaged in Bahrain in the first race of the season.

After one of the worst qualification performances of his career, Hamilton progressed through the field confidently, positioning himself nicely in 10th by the start of lap 14. However, after a Virtual Safety Car arrived with only 14 laps remaining, the Mercedes man was denied a stop for fresh tyres. It seemed all too late when the pit lane re-opened on lap 41, as Hamilton fell back six places to 12th, only to rescue a consolation point at end of the race. Video footage has since emerged of Hamilton in Parc Ferme looking utterly demoralised. He crouched over with his hands on his knees, noticeably upset with his race and final position.

READ ALSO:   Ferran Torres: The No.9 Barcelona have been searching for?

A disappointed Hamilton expressed his concerns after the race, stating: “We’re still really down on speed. It’s not just one fix, it’s several things.” After he was asked how far off the top he felt, Hamilton added: “Right now, we’re not fighting for the top step. We’re so far off the guys up ahead. We’ve got a lot of work to do.

“I don’t particularly feel like we have made improvements. All I know is that I couldn’t keep up with the Haas in the end.” One point for the Brit puts him in fifth place – 29 points behind first place Leclerc. Hamilton, eager to remain positive, added: “I know I’ve got a great team and we’ll just keep our heads down and try to improve.”

The Australian Grand Prix is shaping up to be absolutely vital for Hamilton’s future in the 2022 Drivers’ Championship. If there is no noticeable advancement from the Mercedes team it could be yet another discouraging outing for the former world champion. Another below-par performance will see the Brit slip down the table, with championship hopes further out of reach.