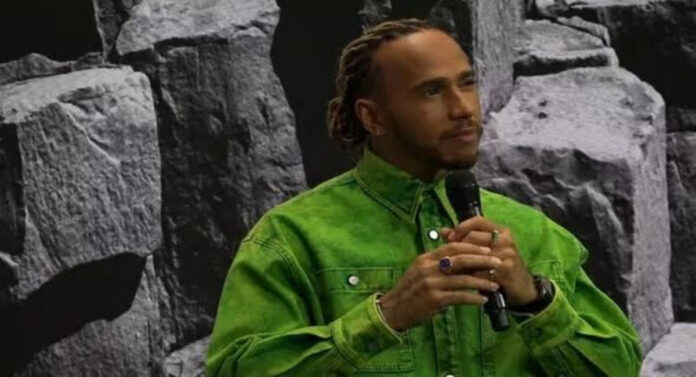 Lewis Hamilton might be the best Formula 1 driver ever, but if he had his way as a child he might have chosen a different path. Motorsport was always going to be the goal for the Briton in his younger days, but only an intervention from his father saw him chase that dream on four wheels rather than just two. Hamilton famously commented at the inaugural Saudi Arabian Grand Prix in 2021 that he felt.

“uncomfortable” being there because of its human rights record. Asked last weekend if his attitude had changed, Hamilton said: “I don’t really know what to say. My position is still the same as when I spoke here last year.” With the fate of the Saudi race having hung in the balance last week in the wake of a missile attack on an oil facility near the Jeddah circuit, F1’s drivers came face-to-face with government chiefs amid their discussions about whether or not to continue with the weekend.

And it has emerged that, as part of those meetings, Saudi’s minister of sport, His Royal Highness Prince Abdulaziz Bin Turki Al-Faisal, offered Hamilton the chance to sit down and chat about his reservations about competing there. Speaking about the seven-time champion’s unease about Saudi Arabia, Price Abdulaziz said: “I saw the comments that Lewis had, and that he had issues with some of the things in Saudi Arabia. “I told him openly and frankly that you can speak to me. Let’s sit down, discuss what are your issues, and understand where we are, because a lot of these things, you read a lot about Saudi Arabia but you don’t see what are the details.”

Prince Abdulaziz said Saudi Arabia wanted to be as open as possible about addressing concerns expressed by outsiders, which is one of the reasons why it wants the spotlight on the country through major sporting events like F1. “We could have said we don’t want a headache, let the international community condemn us as much as they like and have controversy but no one interferes,” he said. “But we didn’t. “We’re here for an open discussion and that’s what I said, with the FIA and F1. We should sit together and understand the situation, because we’re here together.

“That is why I openly spoke to the drivers, and spoke to Lewis directly, saying that if you want to discuss these issues, you’re more than welcome to discuss it with me because he was saying that he couldn’t find anyone to discuss it with. “So I’m ready to sit with him. I think a lot of these issues ignite because there is no communication and there is no understanding of what’s happening. “It’s a small world today in terms of communication, but we really live in different parts of the world with different cultures and different mindsets. We’re open to discussion, we’re open to all of that and we’re happy to do so.”
Prince Abdulaziz has also revealed that he spoke privately to Sebastian Vettel in 2021, in the wake of the German being critical of Saudi Arabia before the race weekend. However, on his arrival in the country, Vettel tried to better understand the reality on the ground as he hosted a karting day for local females. “I did speak to Seb last year, and I told him, ‘listen, thank you for doing that’,” explained Prince Abdulaziz. “For you to understand more, don’t talk to us, talk to the people. And definitely, that’s the message we give to everyone.

READ ALSO:   Zlantan Ibrahimovic Net Worth, Salary and Biography in 2022

“I’m not saying that we’re perfect. I’m not saying that we’re the best in the world. We have our issues, yes. But we are solving them, and we’re moving forward with the pace that we can move on with. “We sometimes move very quickly, but sometimes some things change a lot slower. These are very complicated issues that we need to all take care about. And we’re doing it for us, we’re doing it because we believe that we need to prosper in this area. And if we do that, then everyone else really rises up towards where we are. “It’s our duty to make sure that the future is prosperous for our children, and everyone who wants to live in the kingdom and the area.”