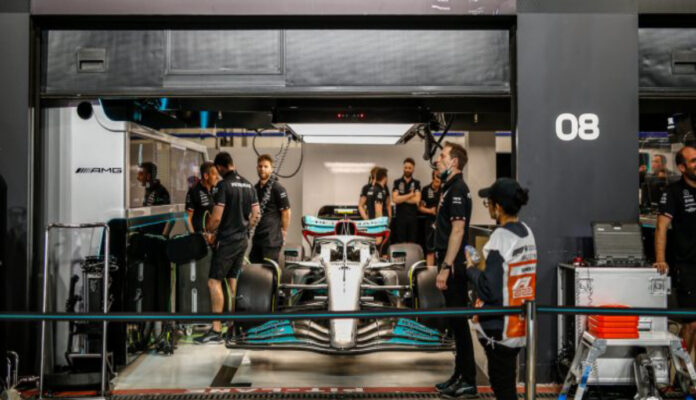 Lewis Hamilton was a picture of disappointment in Jeddah and after his elimination from Formula 1 qualifying he was keen to get out of there. The British driver finished 15th in Q1, his worst performance that cannot be attributed to rain, accident or penalty since 2009. On the track in Saudi Arabia, the Mercedes man was visibly struggling in a way that was unrecognisable.

“I am looking forward to going home,” Hamilton told Canal+ afterwards. It is believed that Hamilton was one of the drivers making the case for the race to be cancelled after the missile strike on a nearby oil plant.

Drivers and authorities were engaged in lengthy talks on Friday night, not emerging until two in the morning. Hamilton refused to blame the war, however, and did take partial responsibility for his performance, saying he got it wrong with the car setup, but it’s clear that Mercedes have a lot of work to do and the seven-time world champion isn’t optimistic in the short term.

“With the setup I chose, the car was undriveable. That was my decision,” Hamilton explained. “I struggled with the car, it was snappy, I was losing the back end. It’s a wonder I wasn’t one of the drivers in the wall. “It was very unstable. I don’t know how it will be tomorrow, but it is a long, long way back. I don’t anticipate moving very far forwards.”