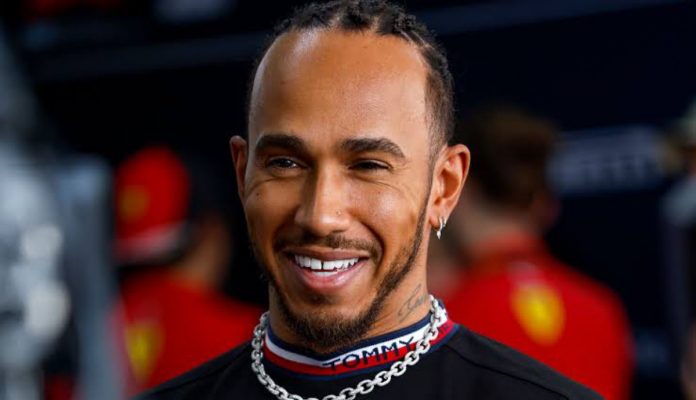 The Mercedes ace, 37, will open talks in the winter to discuss a new deal which will see him remain in F1 after 2023. He already has a contract in place for next season, worth £40million, but he is looking to prolong his F1 career into his 40s. And Merc boss Toto Wolff says Hamilton is assured of his seat – providing he wants to remain in F1. Wolff said: “It is 100 percent his [Lewis’] seat,” when asked if he was looking at other drivers for beyond 2023. He added: “We haven’t started any talks. We want to definitely finish the season and then find some quiet time over the winter like we did last time around. “He’s much more than a driver to us now.

“And although we’re not talking about a career end, it’s also important to speak about his role as an ambassador for Mercedes and the many sponsors we have and the implication he can have in our wider universe.” Wolff’s comments come at a time when he has been linked with a potential swoop for current world champion Max Verstappen in the future. A paddock source has told SunSport that Wolff holds regular talks with Verstappen and his father, Jos, although the content of those conversations remain private.

Hamilton has won six of his titles during his 10 years with Mercedes and has played a crucial role in helping them develop their car this season. He has made no secret of the fact he still “feels young” and has set no time limit for how long he wishes to continue racing. And Wolff also believes his driver is far from over and says he could follow American Football star Tom Brady, who still plays in the NFL at the age of 45.

He said: “You can see today’s athletes pushing the boundaries in terms of age. “For me, Fernando (Alonso) is performing at a very high level and you look, for me, at the best athlete in the world, Tom Brady, on the field being tackled and throwing a ball at 45-years-old. “As long as you continue to look after yourself and your cognitive sensors, I think he has many more years in him. “I’m pretty certain that’s going to be the case here in the team.”

READ ALSO:   Lewis Hamilton Says 'No Question' Title Chances Are Over...I was Fought Internally, Seven Is A Great Number, Next Season We Stick To Retirement

Ahead of the Mexico GP, Alonso had suggested Verstappen’s two titles were worth more as he was fighting other drivers, rather than his own teammate. Hamilton responded on Twitter with a brilliant image of him on the top step of the podium in the 2007 US GP with Alonso in P2. Wolff also responded to Red Bull’s breach of F1’s cost cap, saying the fact they were found guilty and subsequently penalised with a £6million fine and reduction in wind tunnel time also caused “reputational damage” to his rivals.

He said: “They (the FIA) were absolutely good in assessing. I know how rigorous they were with us all throughout the year. That was a difficult process. “Overall, it’s good to see that there is a penalty, whether we deem it too low or too high. “What you see is that beyond a sporting penalty and financial fine, it’s also reputational damage.” Meanwhile, Max Verstappen has snubbed Sky Sports at the Mexico Grand Prix as he is upset by some comments from the presenters on the channel.