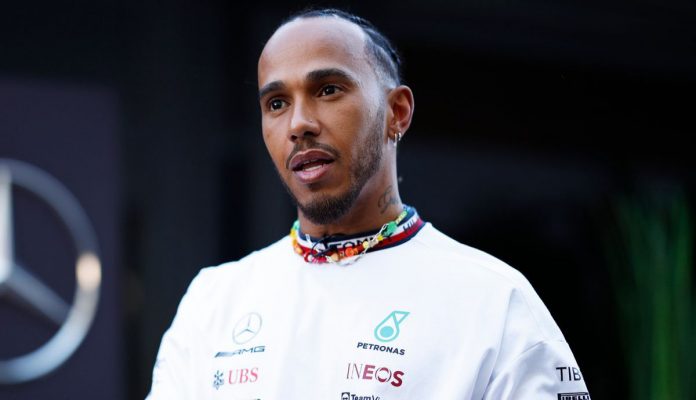 Lewis Hamilton is not giving up on a dream eighth world title – but his focus will be away from motorsport when he retires from Formula One. Hamilton wants to put ‘full focus’ into his new film and TV production company that he has launched when his racing career ends. The Mercedes driver’s company ‘Dawn Apollo Films’ already has two exciting projects ready to go and has been made with his manager Penni Thow.

While Hamilton’s involvement in motorsport is set to take a backseat during his retirement, his two upcoming projects are both set on the track. The 37-year-old will be an executive producer of an F1 film starring Brad Pitt, while a documentary chronicling Hamilton’s life and career is also expected to be released in late 2023 or early 2024 under his new company’s name. Hamilton, though, has no interest in ending his pursuit for an eighth Drivers Championship’ title on the track in the near future. The Brit has endured a frustrating season without a race win and came up agonisingly short as he lost out to his rival Max Verstappen at the US Grand Prix on Sunday.

READ ALSO:   Simone Biles Reflects On Her Mental Health Struggles...“Venture Outside Gymnastics Into Reality Series" She Was Advice

But the man with the most race wins, podium finishes and pole positions in F1 is familiar with struggles elite athletes face in retirement, and has been keen to make sure he can put his energy into something completely new when he stops racing. “I’m very conscious of other great athletes who spend their whole lives as I have, focused on their sport and when they come to the end they might not necessarily have had the right people around them to help structure the course ahead for them, Hamilton told Deadline.

“I’ve spoken to people who have said ‘look, when I stopped it all came crashing down, I wasn’t prepared to do other things, I hadn’t taken time to learn any other crafts, other skills, and I don’t know what my other passions are, so I didn’t really focus on trying to understand what those are and create pillars’. “So when I stop racing – which I don’t plan on doing for a while, I still feel I’m in a good place – I want it to be seamless. I want to be able to move on to fully focus on Dawn Apollo Films and to be able to jump in at a similar level to what I’ve been used to.”

READ ALSO:   Hamilton Has ‘Lots Of Things On This Year’s Car I Don’t Want On The 2023 Car’... Speaking With Mercedes Engineers