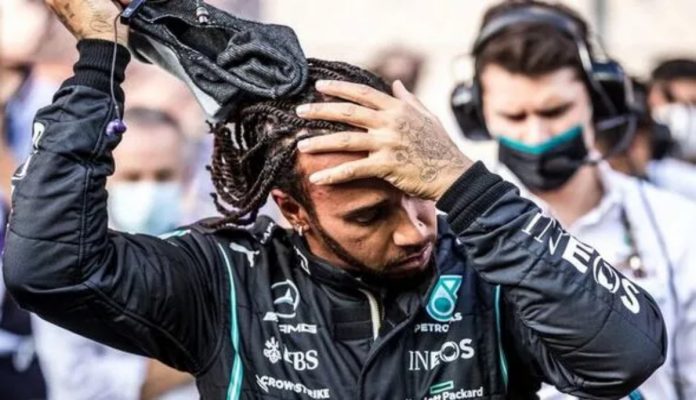 Lewis Hamilton has ruled out any prospect of joining Ferrari despite his difficult start to the 2022 campaign. Mercedes have been plagued by the issue of porpoising this season, and Hamilton has struggled more than teammate George Russell, lying sixth in the standings’ on just 50 points. He managed a podium place at the opening race of the season in Bahrain but since then has endured some harrowing moments. He was eliminated in Q1 in Saudi Arabia, and at Emilia Romagna was actually lapped by race winner and 2021 title rival Max Verstappen.

There was further frustration at the latest Grand Prix in Monaco, with the seven-time world champion clipped by Esteban Ocon early on. He eventually finished eighth, having been unable to overtake old rival Fernando Alonso. Ferrari meanwhile, have been revitalised by the new technical regulations introduced into the sport this year. Despite stuttering in the last three races, Charles Leclerc is second in the championship, just nine points off Verstappen, and poised to mount a serious title challenge.

Hamilton, 37, has always spoken of his admiration for Ferrari, but in an interview with Italian media outlet Corriere Della Sera, responded to being asked about the prospect of racing for them by pointing to his ‘Loyalty’ tattoo on his arm: ”Of course it would be nice to race for Ferrari during my career, but things happen because of a reason,” he said.

“Mercedes is my family. I will always be a Mercedes driver, just like Stirling Moss.” However, the British driver did concede that in this current title battle, he was favouring the Scuderia and in particular, Leclerc. “Anyway, I would add one thing: if I could sit with the fans over there, I would support Charles. I’m a Ferrari fan,” he said. For now though, his primary focus will be on rediscovering form at the Azerbaijan Grand Prix this coming Sunday.

Hamilton has also had his battles off the track, with the FIA seeking to strongly enforce regulations on drivers wearing jewellery. It’s led to the threat of a ban for him if he refuses to comply after June 30.