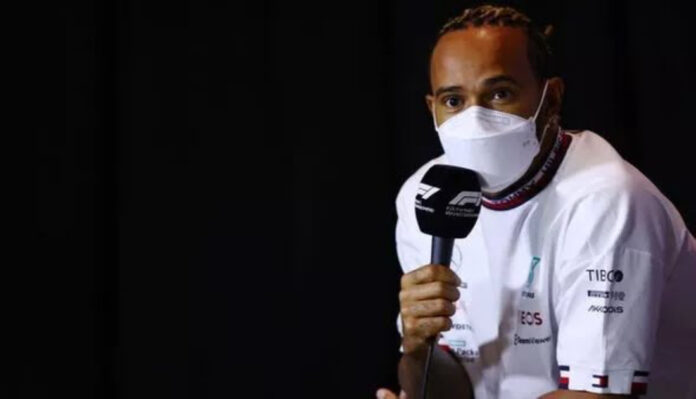 Hamilton, already well off the pace heading into the weekend, saw his disappointing campaign worsen further in Imola as he finished 12th in the Sprint and 13th in the race; his first point-less return from the four rounds.To make matters worse, Hamilton was lapped by race winner and last year’s fierce title rival Max Verstappen on Lap 40. “A weekend to forget, that’s for sure,” said Hamilton, before reasserting his claim that he is not competing for the world championship. “I’m out of it, for sure. There’s no question about that, but I’ll still keep working as hard as I can to try and somehow pull it back together somehow.”

Hamilton has slipped to seventh in the drivers’ standings and is now 58 points behind leader Leclerc. After the race, Mercedes boss Toto Wolff spoke to Hamilton on team radio to say “sorry” for an “undrivable” car which suffers with violent bouncing issues and a lack of speed, though George Russell managed fourth. Expanding on his comments, Wolff told Sky Sports F1: “We are not good enough for a world champion, not worthy for a world champion. We just need to fix the car.”

He added to reporters: “Lewis deserves better from us. But we are a team, so we all need to do the upmost in order to provide him with a machine that is able to fight for the front positions. “The guy is the best driver in the world and he is just not having the machine and the equipment underneath him to be able to execute.” Hamilton suffered a nightmare race on Sunday. Starting 12th, he couldn’t make much ground before losing more vital positions during the first pit-stops, and he was then stuck in a DRS train behind a defensively-sound Pierre Gasly for the rest of the race, finishing 13th.

Insult was added to injury on Lap 40 of 63 when Verstappen, cruising to his second win of the season, lapped Hamilton. Doing so for just the second time in his career and the first time since 2017, Verstappen’s feat was unimaginable coming into the season given the pair’s extremely close battle in 2021 and Mercedes’ dominance for the last eight years.

READ ALSO:   Formula One Hits Hard On Lewis Hamilton Over His Nose Stud, “We Could Ban Him"....No More Jewellery While Racing

Afterwards, Verstappen played it down, saying: “They’ve been slow all year so for me it’s not really anything exciting, it just happens. “Red Bull team advisor Marko, however, twisted the knife when speaking to Sky Sports News after the race when asked how he thought Hamilton was feeling after Imola. “I mean, he was lapped by us,” Marko told SSN’s Craig Slater. “Maybe he is thinking he should have stopped last year!”