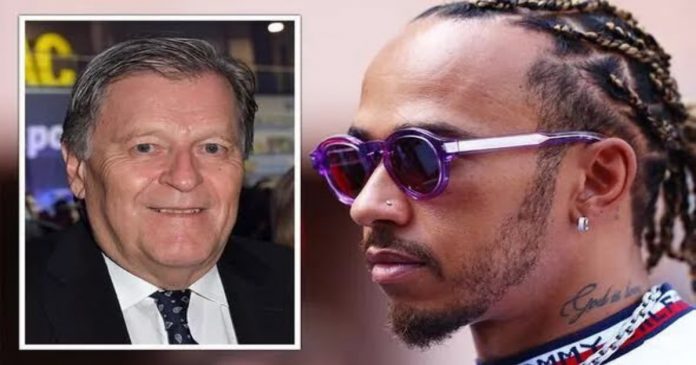 Lewis Hamilton is set to be denied rule changes to fix Mercedes bouncing issues, according to ex-vice-president Norbert Haug. The former boss said he “can’t imagine” the rules will be changed as he appeared to back up Christian Horner’s claims any changes would be “unfair”. Haug has also stressed a solution to the issues will need to be “initiated” by the team and not through FIA changes. Speaking to Sky Sports Germany, Haug said: “I can’t imagine that there will be a rule reform, especially since Red Bull has already pointed out that it would be an unfair act.

“I don’t think the Mercedes problem can be solved in the short term.” Hamilton was visibly shaken after the Azerbaijan Grand Prix after complaining of back pains all weekend. The seven-time champion was heard screaming that his back was “killing” him at one stage of the race and was struggling to lift himself out of the car.

READ ALSO:   Lewis Hamilton And Ferrari Draws Closer To A Deal...“Things Are Not Going Well At Mercedes"...Hakkinen

After the race, team-mate George Russell claimed something will happen if the porpoising issues were allowed to continue. Mercedes boss Toto Wolff also pushed for changes ahead of Sunday’s race as he claimed the majority of drivers now believed it was “a real issue”. Haug adds that Mercedes has been “stolen the most” by the bouncing issues as they lose their superior powertrain advantage. He described the Mercedes car like a “jackhammer” and stressed it was on the team to find a solution to their issues and not the FIA.

He explained: “On a slippery track and in the wind tunnel it works, and when there’s no bobbing, the car can be driven with a lot of downforce. But when the intake effect keeps breaking, it’s kind of like driving a jackhammer. “And this will not be remedied by changing the regulations, but must be initiated by the team.” Mercedes chief strategist James Vowles admitted the team had “pushed the package” and drivers too far over the weekend.

READ ALSO:   Lewis Hamilton Told To 'Stay At Home' Ahead Of Canadian Grand Prix After Moaning About Car

He said: “On this occasion though we pushed the package and our drivers too far. We are putting them in significant discomfort and we simply can’t do that again.” Lando Norris also appeared to suggest Mercedes could fix their issues with a simple change to their design.

He added: “I’m sure the Mercedes can have a much stiffer floor and raise the ride height and it would be much nicer for them. But they obviously just don’t want to lose performance. I don’t think it’s anything to complain about, it’s just people need to find a way of fixing it themselves.”