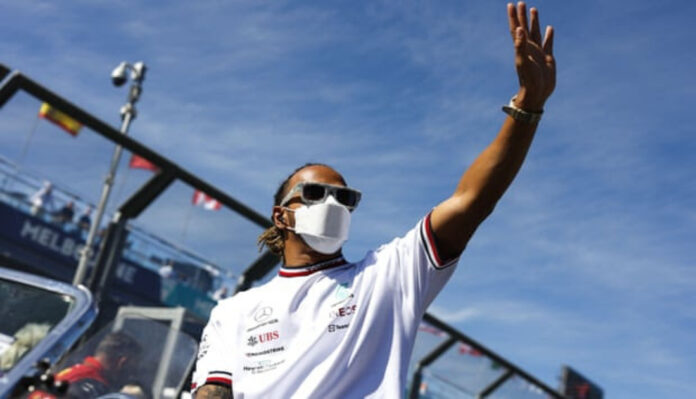 Lewis Hamilton has demanded more from his Mercedes team if he is to keep any hope of competing for this year’s Formula One world championship alive. The seven-time champion was fourth at the Australian Grand Prix and is more than aware of the gulf that remains between Mercedes and front-runners Ferrari and Red Bull. Charles Leclerc’s dominant win at Melbourne emphasised just how strong the Ferrari is this year, with Hamilton and his teammate George Russell, who was third, still almost a second off its pace.

Hamilton now trails Leclerc by 43 points after three races, an enormous deficit to make up and one that cannot be addressed unless Mercedes solve their car’s aerodynamic jarring. He insisted he would be making every effort to encourage the team to make a step forward. “There is performance to be gained and we need it now, not in two or three races,” he said.

“I have got to keep that encouragement and energy high. I will be on Zoom calls with our bosses, really trying to rally them up. It is about making sure we leave no stone unturned, that the hunger is there and we are maximising every moment. I will be chasing the people in the wind tunnel, the aerodynamic guys, and just looking at every single area.”

The British driver also clarified a radio call he made during the race, appearing to show frustration that Russell had been able to pass him by taking a pit stop under the safety car. “You guys put me in a really difficult position,” he had told his team.

He maintained later that his remark was not aimed at what was perceived as the driver feeling unfairly treated compared to his teammate, but rather related to an issue with his car. “I couldn’t race for position because the car was overheating so I had to back off,” he said when asked about the comment.