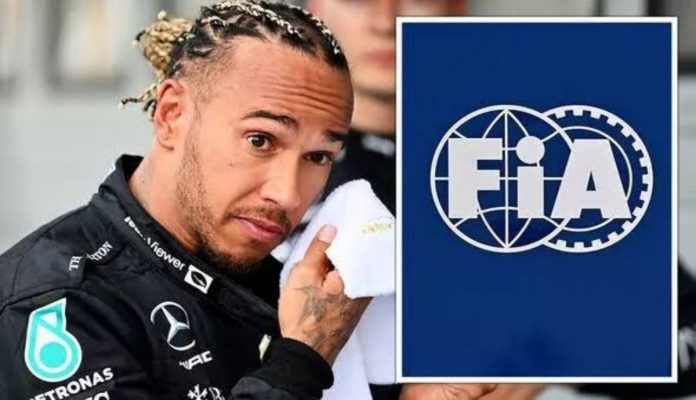 Lewis Hamilton was under investigation by the FIA after an apparent start procedure reprimand in the Brazilian Grand Prix sprint race. The FIA investigated the incident after the sprint race in what could have been a blow to Mercedes. The FIA eventually confirmed no further action would be taken. McLaren driver Daniel Ricciardo and Alfa Romeo’s Zhou Guanyu were also noted for the same issue. Mercedes trackside engineering director Andrew Shovlin was puzzled with the investigation after the race.

He said: “It may be linked to positioning in the box but we’ve got the onboard and it looks we were very very conservative with where we positioned it. Whether it was a sensor issue I don’t know.” It means Hamilton’s P3 finish will be good enough for the front row as Carlos Sainz will take a five-place grid penalty tomorrow. Hamilton admitted Mercedes would work together tomorrow in a bid to secure the team’s first win of the season. He explained: “I am so, so happy to be here, it has been an incredible week.

“Difficult day yesterday but what a crowd we have had today. Starting from 8th and making my way slowly but congratulations to George. This just goes back to everyone back at the factory, everyone working here on the ground who have been working so hard this year, this is an amazing result. To be on the front row tomorrow is incredible.

The seven-time champion then benefitted from George Russell’s squabble with Max Verstappen to close up on the leaders. Verstappen was unable to get his medium tyres working well and Hamilton dispatched his former title rival after an intense battle between the pair.

The Briton then closed up on Sainz in the closing stages but was unable to pass the Ferrari star. Hamilton will jump ahead of the Spaniard after Ferrari were penalised for fitting a new engine in Sainz’s car ahead of qualifying yesterday. Hamilton’s team-mate Russell passed Verstappen midway through the race and then held on for a comfortable victory to secure pole for tomorrow.