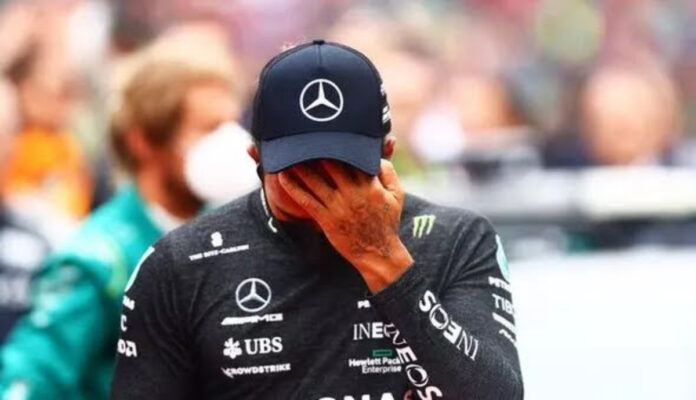 Carlos Sainz has voiced fears that this new era of F1 is putting the health of the likes of Lewis Hamilton at serious risk. In a bid to make the sport more competitive, teams have had to revert to ground effect car designs this season, with stringent restrictions in place on aspects like budget caps and aerodynamic testing. One team who has seemingly failed to adapt to the new measures is Mercedes, after eight consecutive constructors’ titles. The Silver Arrows have been plagued by the issue of ‘porpoising’, meaning their W13 cars have been unsteady to handle when travelling at high speed.

At worst, porpoising can cause a driver’s head and body to shake back and for vigorously when in their vehicle. At times in the first five Grand Prix’s Hamilton, and partner George Russell, have had to ease up on the throttle on straights in order to protect themselves from side-effects.

Ferrari haven’t had such problems, with Charles Leclerc currently leading the drivers’ standings. Leclerc and teammate Sainz have also opened up a slender six-point lead in the constructors’ race – but now the Spaniard has warned that the long-term health of all drivers is being compromised. “As drivers and Formula 1, we need to how much of a toll a driver should be paying for his back and his health in a Formula 1 career with this kind of car philosophy,” Sainz told Metro. “We need to open the debate more than anything. The regulations are great and are doing exactly what we needed for racing but do we need to run as stiff our necks and back as we are having to run lately with this car mass?

Sainz, who in Miami raised concerns about the lack of a safety barrier on the turn where he crashed in practice, added a ‘rethink’ was needed as to whether a driver should “pay a price in his career” to combat measures, said he was already feeling the effects: “I haven’t had the expert advice,” he added. I have done my usual checks on my back, neck, tightness etcetera, and I see this year I am tighter everywhere and I’m already feeling it. I don’t need expert advice to know that 10 years of this is going to be tough and you’re going to need to work a lot on mobility, flexibility and I’m going to need to invest in overall body health.”

Concerns have already been raised about the 2022 schedule, with Christian Horner arguing the reduced budget cap contradicts the increased freight and travel costs. However, the campaign will now only consist of 22 races, with F1 confirming the cancelled Russian Grand Prix will not be replaced.