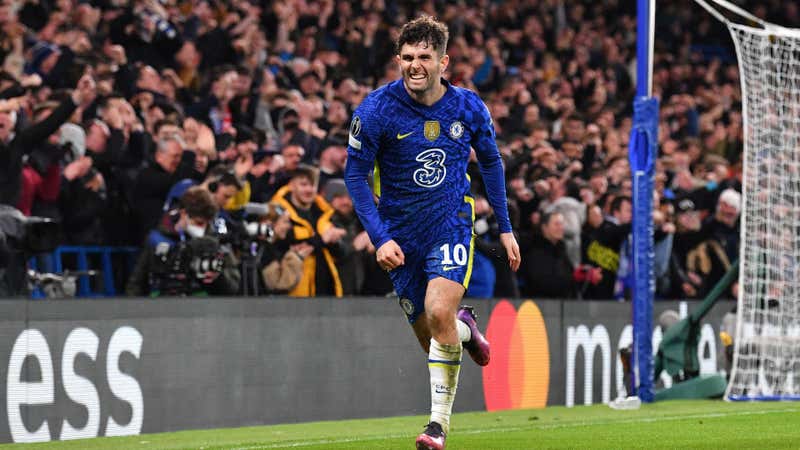 Christian Pulisic has revealed how he tried to keep up with N’Golo Kante before scoring Chelsea’s second goal against Lille on Tuesday night.The Blues took a huge step towards the Champions League quarter-finals by beating Lille 2-0 in the first leg of their last-16 tie.

Kai Havertz opened the scoring in the eighth minute and Pulisic wrapped up the victory for Thomas Tuchel’s side in the second half, but it was Kante who left Stamford Bridge with the man-of-the-match award.

Kante made a huge contribution in both defence and attack throughout the 90 minutes, and provided the assist for Pulisic’s decisive strike just after the hour mark.

The Frenchman picked the ball up deep inside his own half before racing down the other end and playing a neat ball into the United States’ international’s path, and he then produced a cool finish past Leonardo Jardim in the Lille net.

Pulisic admitted after the game that it was a struggle for him to keep up with Kante, telling Chelsea TV: “Kante was phenomenal again, it just seems like he never gets tired, he just continues to win balls and does so many good things on the field. He’s a great player.

“Once he gets the ball and starts driving, I just try and keep up with him. Man, he’s fast. I just trusted that he would make the right pass and just had to finish it off.”

Pulisic on getting some ‘rhythm’Pulisic missed the start of the 2021-22 campaign due to a serious ankle injury but has gradually worked his way back into form since returning to action and now has four goals and three assists to his name from 22 appearances in all competitions.

“I’m feeling very good, trying to grow confidence and get some rhythm,” the 23-year-old said of his recent performances. “I feel very good to be playing.”

Pulisic added on Chelsea’s latest display in the Champions League: “It was a massive performance, I thought we defended really well throughout the whole game and got the goals that we need to.

“We are very happy but we still have a lot of work left to do. We wanted to come out with a lot of intensity and show them what we’re all about.”