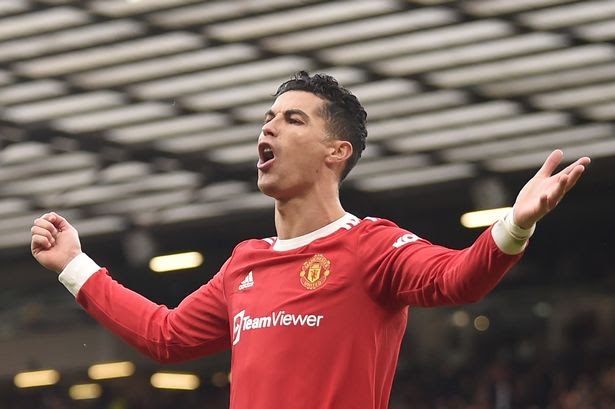 Sources say Rangnick’s patience is wearing thin with Ronaldo, who has managed one goal in his last 10 games and appears to be drained of confidence for the first time in his career.

Rangnick has not entertained the possibility of dropping Ronaldo due to United’s dearth of reliable goalscorers. Striker Edinson Cavani has missed the last five games with a groin problem and scored twice all season, while Marcus Rashford has five goals in four-and-a-half months.

Ronaldo turned 37 on February 5 and started in six of United’s seven games in 22 days this month but only scored against Brighton. The Portuguese had 28 attempts on goal in February and he has been flagged offside more often than any other Premier League player this season.

After Ronaldo rejoined United on deadline day, he scored 14 goals in his first 20 games but he has tallied one in 10 this year. The lean spell included Ronaldo’s worst scoring drought since 2008-09 and coincided with Ronaldo sustaining a hip injury which sidelined him for two games in January. Back-up striker Cavani has been available for one game in the last seven.

Rangnick, who is due to begin a two-year consultancy role at United on July 1, has already said it is ‘obvious’ United need to sign a younger striker in the summer. Ronaldo’s contract expires next year and United have the option of an additional year. Cavani, who turned 35 on Valentine’s Day, has missed 22 of United’s 37 matches this term and is certain to leave when his contract expires in June.

Rashford has failed to arrest his poor form and was dropped again for the weekend draw with Watford. The 24-year-old scored 10 club goals in 2021 and could start on the bench in a league derby at the Etihad for only the second time on Sunday.

Anthony Elanga has shone under Rangnick, scoring three times, but is operating from the wing. The 19-year-old is in contention to make his derby debut this weekend.