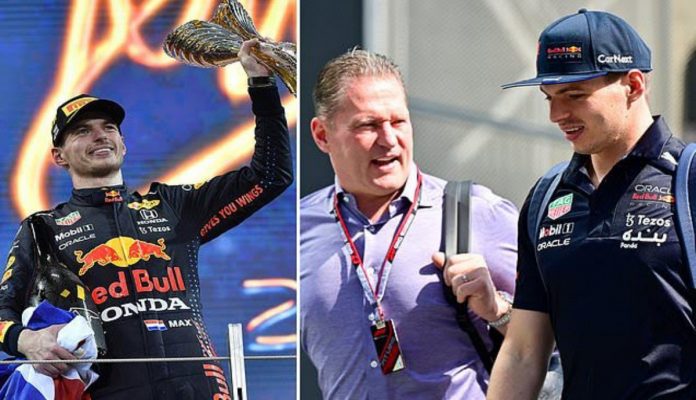 The father of Max Verstappen, Jos, has hinted his son could walk away from Formula One after claiming the Dutchman is ‘a bit done with everything’ after his record-breaking season as champion. Verstappen eased his way to a second straight title after winning 15 of the 22 races to claim a record-breaking 454 points – 146 ahead of nearest challenger Charles Leclerc in the Ferrari.

It compares to a much more challenging 2021 campaign where Lewis Hamilton went toe-to-toe with the 25-year-old all the way to the season finale in Abu Dhabi. The Red Bull driver retained his F1 crown in style this year as Ferrari’s challenge failed to materialise after a promising start. Jos, who drove for teams including Benetton, Tyrrell and Arrows during his own F1 career, revealed that his son is happy to have a break from the track.

He told Viaplay, as per the Mirror: ‘He’s just a bit done with everything now. Especially when you have won the championship, then the pressure is off and it becomes less exciting. ‘For Max, I think it was just important that he broke that record with those wins. I think that’s the most important thing.’

Despite his need for rest, the elder Verstappen has already turned thoughts to next season and believes it will be a much closer championship for his son in 2023. He added: ‘To be honest, I do think it will all be a bit closer next year – that is also the intention of these regulations. I don’t mind. Good battles on track and a good championship until the end would be fantastic.’ After extending his record for most race wins in a season, 2022 also saw financial rewards for Verstappen according to Forbes.

So much so, he is now the sport’s biggest earner when you combine both his £33.2 million salary and the £16.6 million he earned in bonuses, leapfrogging Lewis Hamilton.