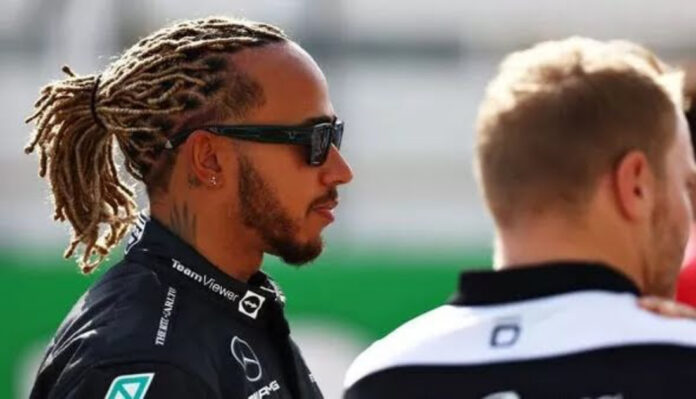 LEWIS HAMILTON has endured a difficult start to the new F1 season after signing a two-year contract extension with Mercedes last summer. Two-time Formula One world champion Mika Hakkinen has suggested Lewis Hamilton will already be thinking about the prospect of joining another time following Mercedes’ challenging start to the campaign. The Silver Arrows are already facing a fight to salvage their season with Hamilton now a staggering 43 points behind leader Charles Leclerc following the Ferrari star’s conclusive victory in Melbourne last weekend.

Mercedes are not alone in their struggle to adapt to new regulations though with Red Bull also flagging behind after Max Verstappen failed to finish in Australia. Hamilton, who extended his contract with Mercedes until 2023 last July, has been left to rue his team’s inability to improve their car despite notable changes. And in the view of Hakkinen, Mercedes’ problems could see Hamilton question his future with the German manufacturers.

“I’m afraid this will be a really difficult season for Lewis,” the 1998 and 1999 world champion told Unibet. “Now start the natural thought process of drivers. Should I go somewhere else? It’s a fact. “He even claimed Hamilton is ‘sulking’ because Russell is ahead of him in the standings after securing a podium finish in Australia. He added: “It’s already difficult for Mercedes, but especially for Lewis.

George comes from a team with little to no success – he had some good qualifying results but not in the races. All these achievements with Mercedes are new to him, everything feels super good. “For Lewis, this is a disaster. And, with George being ahead, it’s even worse. I wonder how Lewis behaves in the team meetings. I bet he’s sulking – I can imagine it! Lots of complaining and whining.”

The Finn is more than likely speaking from experience from his time at the sport’s summit with McLaren but as of now, Hamilton remains focused on turning Mercedes’ campaign around. He will be looking to make major improvements when he races in Imola on April 24 after spending some time in Kuala Lumpur as part of a sponsorship expedition. Hamilton, who was on course for a podium finish Down Under before Sebastian Vettel’s lap-22 crash, remains fixated on closing the gap – placing total faith in his team to quickly improve his car.

“I will be on Zoom calls with our bosses, and really trying to rally them up,” said Hamilton. “We have got some improvements that we need to make and we need everyone’s support in doing so. “It is about making sure we leave no stone unturned, that the hunger is there and we are maximising every moment. “I will be chasing the people in the wind tunnel, the aerodynamic guys, and just looking at every single area. “There is performance to be gained and we need it now, not in two or three races. I have got to keep that encouragement and energy high.

“I prefer to stay optimistic. There are 20 races to go. I am really hoping we can get in the fight, but with every bit of improvement we make so will Red Bull and Ferrari. It is not going to be easy. The gap is pretty big right now but there is a long way to go.” Hamilton kick-started the season with third in Bahrain before a disappointing 10th-place finish in Saudi Arabia.

That was followed up by fourth in Australia and now team boss Toto Wolff has confirmed Mercedes are looking to avoid changes ahead of the Emilia Romagna Grand Prix, just so the Silver Arrows can familiarise themselves with the car. “I think we’re just learning the car, we’re learning the tyres. Nothing we did [in Australia] has unlocked the aerodynamic potential or has reduced the bouncing. We’re still at the same place,” the Austrian said. “And that’s why it doesn’t make any sense to bring updates because you’re confusing yourself even more. Maybe it’s the fact the more downforce you bring, the worse the bouncing gets. So we are still learning.