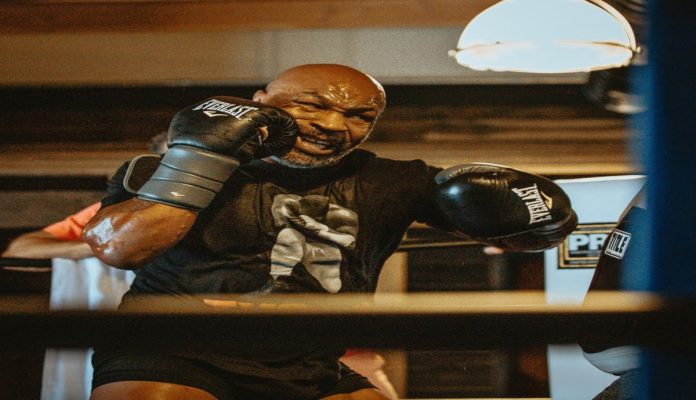 Speculation is building that Tyson, 55, could return to action again later this year – with Jake Paul having been mentioned as a potential opponent. Like Tyson, Floyd Mayweather has been taking part in exhibition fights since ending his 50-0 pro career with his 2017 win over Conor McGregor. Comparing the two legendary fighters on his podcast, Rogan said: “The difference between Floyd and Mike Tyson is Floyd’s a 155lb.

“Mike Tyson’s 220lb, solid as a rock. “Even if he’s 55-years-old, he’s on all the Mexican supplements. He’s on everything. “They use electrical muscular stimulation on him.” There is no suggestion that Tyson has taken any illegal substances. And any exhibition fight would be likely to carry more lenient rules than a professional bout.

Electrical muscle stimulation is NOT banned in pro fighting. Tyson is said to have pocketed around £7.5m for his bout with Jones. When asked about how much it would take to get him to fight Paul, Tyson said on his podcast: “A billion bucks.” Outside of fighting, the Baddest Man on the Planet possesses other revenue streams. These include his cannabis empire, which is said to pocket him around £500,000-a-month.