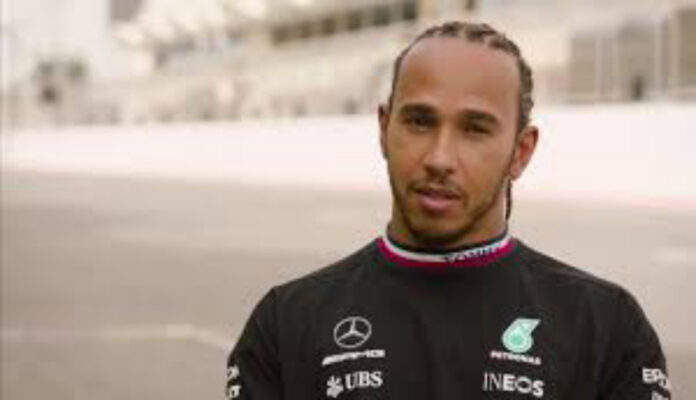 Hamilton sat down with Naomi Schiff ahead of the opening race in Bahrain, in which he claimed a surprise podium finish after Red Bull’s Max Verstappen and Sergio Perez suffered engine problems, clearing the way for the Mercedes driver and new team-mate, George Russell, to come home in third and fourth. Although still ambitious to win an eighth World Championship, Hamilton insists there is more that motivates him than just his own success on the track, his strive for more diversity in the sport driving him to ensure that the big conversations are happening.

Speaking about his goals for Formula One in the future, he said: “That’s my role here I think to continue to hold those conversations, sit with Stefano (Domenicali) and say what are you doing and how can we work together?
“It goes back to bringing people on the journey rather than calling people out and unfortunately it takes a lot of yapping but I think people seem more keen to be on the journey together and they empathise more with it and say yes, we can do a better job. “I’ve got this platform and I am able to apply pressure in an uncomfortable way sometimes but also it is a real opportunity to spark that change and that for me is more rewarding than any championship.
“My goal is that in the next five, ten years you’re looking back at the sport and I am watching TV, hopefully with my kids, and they see young women engineers and mechanics and they’ll know there is an opportunity.” After taking time away from social media following last season’s dramatic final race in Abu Dhabi, Hamilton has begun to reflect on what his legacy will be in the sport and how these platforms can help him to build it.

He said: “When I was younger and first getting into social media it was very much about building up your platform because obviously the more followers you have the more influence you have.
“Then as I started getting older, realising that when I press this button it’s coming up on other people’s phones, what do I want that post to say. “I was like I want to take a step back, I want to re-evaluate my life, to re-evaluate where I am and I came to the realisation that I’m not going to let that define my career, it’s one moment but there’s going to be other great moments moving forward. “I think as I started getting older, I started thinking I am winning these Championships but what does it really mean and I realised that these championships are very rewarding personally but they’re not changing anything.

“You have another credit to your name but it doesn’t change the world, it doesn’t change the fact we still have wars, we still have racial injustice, there are still people being abused there are all sorts of things out there so what are we going to use this medium for, what are we going to use this platform for. “I guess I really discovered my purpose, it’s not just being a racing driver.”