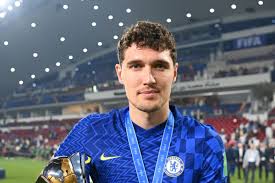 Andreas Christensen’s move to Barcelona this summer is now a ‘done deal’, according to reports.

The 25-year-old is out of contract at the end of the season and is now on the verge of a move to Spain once his deal expires at Stamford Bridge.

Christensen was in contract extension talks with Chelsea last summer, but despite the Blues believing they had an agreement, demands changed and now the Denmark international is heading for the exit doors.

Christensen’s representatives and lawyers have held meetings with Barcelona in the last week, and it was on the verge of completion. Now Gerard Romero reports that it is now a ‘done deal’, leaving the move just a confirmation away.

Following sanctions to Roman Abramovich, Chelsea are unable to agree new contracts with players, which leaves the futures of Christensen, Cesar Azpilicueta and Antonio Rudiger all uncertain.

Thomas Tuchel admitted he would speak to the players concerned over the situation, but insisted he may not be the right person to explain all of the details.

READ ALSO:   Shocking! Tuchel reveals what he told Chelsea players at half-time during 4-0 win over Burnley

He said: “Yes (I have spoken to them), it changed in the morning but we had a game to prepare for. I’m not sure I’m the right person to speak about it because I don’t have full information and, as the club said, there are talks with the government about how the licence can be lived. Let’s see in the moment, even if this is for you maybe not enough.

“At some point, I allow myself to be a football coach and the manager of a first team. This situation concerns the whole club. It concerns the women, it concerns the academy. So I certainly don’t think I’m the most important person who’s involved in all this.”