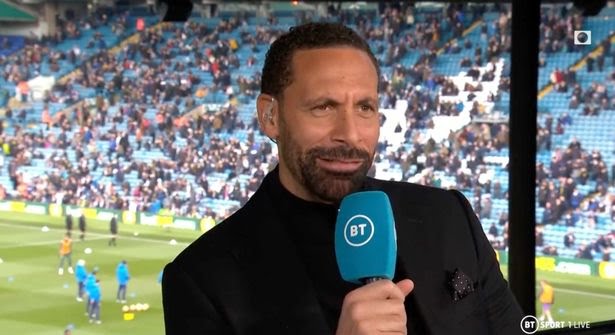 Rio Ferdinand has told Manchester United fans to get used to being out in the cold for at least two more years.

And the former defender has advised his old club to take drastic action and copy their big rivals Liverpool.

Jurgen Klopp has transformed the Reds since replacing Brendan Rodgers in 2016 when they were in a bit of a rut.

Life did not start off well for the German coach, who witnessed his side lose in multiple finals including in the Carabao Cup and the Europa League.

But the progress made since has been tremendous with Liverpool winning the Carabao Cup on Sunday, adding to the Premier League and Champions League trophies.

They are currently seen as one of the top teams in the country along with Manchester City.

And Ferdinand believes that whoever comes in to replace Ralf Rangnick in the summer must be given at least two years to be able to stamp their authority on the squad – much like Klopp at Liverpool.

The United legend said on his Vibe with Five YouTube channel: “The problem I have is that Ralf has come in but then you’re going to have to change it again for someone else’s style of football.

“It’s then going to be another upheaval, new style to implement and players understanding that.

“I think personally United have got to write off the next year or two in terms of trophies, minimum.

United are back in action this weekend when they face City in the Premier League and after their 0-0 draw against Watford on Saturday.

It has seen the Red Devils drop further points in their hunt for a spot in the top four with a Champions League position up for grabs.

The likes of Arsenal and Tottenham are looking to jump into the position and have made decent cases after wins over Wolves and Leeds United respectively.