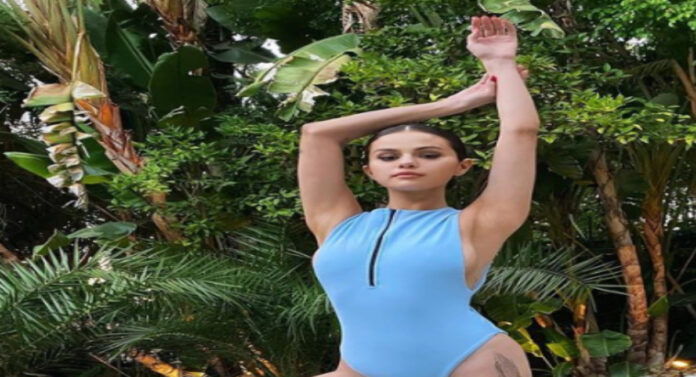 The Rare Beauty founder, 28, is finally ready to reveal the kidney transplant scar on her inner thigh, and shared a new photo on Thursday wearing a blue one-piece swimsuit that showed it off. “When I got my kidney transplant, I remember it being very difficult at first showing my scar. I didn’t want it to be in photos, so I wore things that would cover it up,” Gomez captioned the pic. “Now, more than ever, I feel confident in who I am and what I went through…and I’m proud of that.”

Fans can get a glimpse of Selena’s scar on her inner right leg, while the star also shows off the huge outer thigh tattoo celebrity artist Bang Bang gave her before the 2019 AMAs. Gomez’s suit, aptly named the Selena One-Piece ($120), is from her best friend and former manager Theresa Mingus’ newly renamed swimwear line, La’Mariette.

It’s not the first time the famous singer has inspired Mingus; when her brand first launched last year under the name Krahs, Gomez designed a high-waisted bikini specifically for the purpose of covering up the kidney transplant scar on her stomach, which quickly became the company’s best-selling design.

Selena, who has lupus, revealed in 2017 that her friend Francia Raisa had donated her kidney. Raisa later said that Gomez “could have died” after breaking an artery post-surgery, and that doctors had to “get a vein from her leg and build a new artery to keep my kidney in place.”