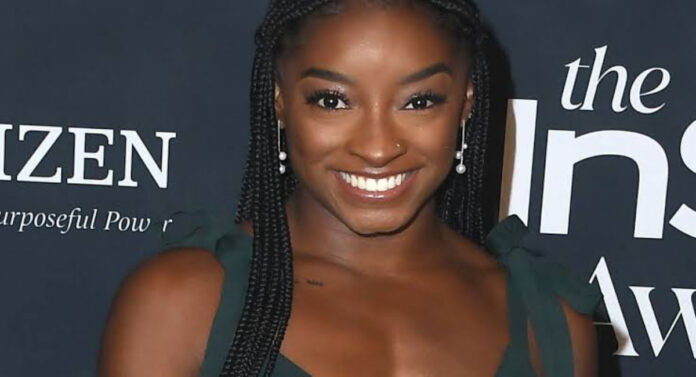 Nearly a year after the Summer Olympic Games in Tokyo, Simone Biles is still embracing the lessons she learned when she put herself first. In July 2021, the four-time Olympic gold gymnast made the decision to withdraw from both the team final and all-around individual events to focus on her well-being. After breaking the news, many rallied around her in support — and now, she’s hoping to do the same for others.

Speaking with Good Housekeeping’s Editor-in-Chief Jane Francisco, the 25-year-old gymnast recounted what she discovered going through the experience. “I learned how courageous and how strong I was,” she said. “It truly takes some strength to acknowledge that it’s okay to not be okay, and to take a step back to protect your mental and wellbeing. That’s what I did.”

Ultimately though, she felt confident in her choice and realized the importance of listening to herself. “I knew it was the right decision,” she said. “Obviously, I was really sad because I had [trained for five years] for that Olympic hopes and dreams. It really showed me the strength that I had within myself, and that I needed to do what my body and mind was telling me.”

Simone ended up bringing home two medals at the Tokyo Games — a silver team medal and bronze for her performance on the balance beam. Before deciding to speak up about the pressure she felt at the Tokyo Games, the athlete admitted that she experienced other hard days in private. It was usually during these times that she turned to one of her mantras to help her stay positive, including “Because I can,” “No dream is too big or too small” and “The floor is yours.”

Taking everything she’s learned during her historic career on and off the mat, Simone recently partnered with the apparel company Athleta for her first-ever activewear collection for Athleta Girl. Her goal? To encourage others. “This collection was meant for the girls to really inspire them,” Simone said. “They can do anything they put their minds to. That’s why throughout some of these clothing items we have mantras, which are some of my favorites. I’ve used [them] throughout my career to kind of keep me going.”