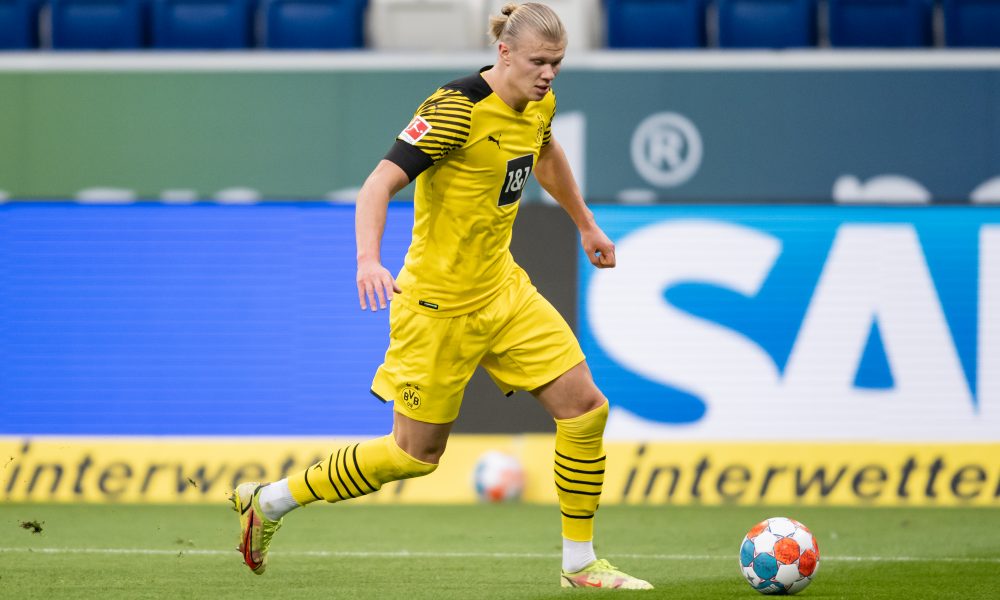 With the chunk of the 2021/22 campaign already done and dusted, the footballing world is awaiting yet another exhilarating summer transfer window.

This time around, we could potentially see two of the generational talents in Kylian Mbappe and Erling Haaland switch clubs, as they look to take the next step in their respective careers.

While Real Madrid remain the favourite in pursuit of Mbappe, the race to sign Haaland is expected to become a lot more competitive.

Barcelona are said to be among the clubs keen on the services of the Borussia Dortmund forward, with president Joan Laporta confirming Xavi’s meeting with the Norwegian starlet, earlier this month.

In the latest report from a Spanish journalist, Alex Pintanel, it has been revealed that Barcelona are expected to “fight until the very end” in the race to sign Haaland. The entire operation could reach up to €250 million.

Manchester City are considered the favourite to snap up the Dortmund star, largely due to his father’s close associations with the club. However, it appears Barcelona are set to provide stiff competition, especially with Haaland’s agent Mino Raiola favouring his client to play for the Catalans.

While the final decision will be left up to the player, Raiola’s implication could be consequential in this transfer saga. A report from Sport even suggests that Haaland himself has decided to play for the Blaugrana. He is reportedly convinced with Xavi’s plan that revolves around young players.

Another Spanish outlet Diario Sport has doubled down on Sport’s reports, confirming Haaland’s desire to sign for Barcelona. The club representatives have already contacted the player and entourage and are confident that he wants to arrive at Camp Nou next summer.

Haaland’s potential arrival in Catalonia could be massive for a Barcelona side crying out for an attacking superstar, ever since the departure of Lionel Messi.

READ ALSO:   PSG want to get rid of Neymar: Is a Barcelona return possible?

While it remains to be seen how the board plans to juggle the heavily stacked attacking unit from next season, the potential offensive combination between Haaland, Ferran Torres, Pierre-Emerick Aubameyang, and Ansu Fati could help Barcelona move one step closer towards once again establishing themselves as one of the strongest teams in Europe.